Freedom of the press

Only One Percent of Snowden Leaks Published 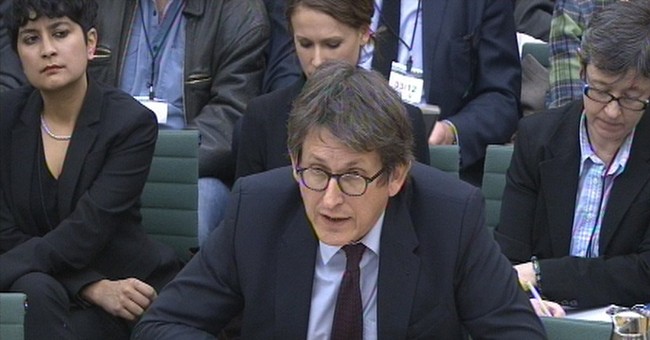 The editor of the British publication The Guardian, which obtained and published leaked intelligence from former American NSA worker Edward Snowden, testified before Parliament that the newspaper only published 1% of Snowden's material.

The NSA scandal sparked what many believe is a much-needed discussion on post-9/11 security policy, but others accuse Snowden and media outlets like The Guardian of aiding terrorists and committing treason.

The editor, Alan Rusbridger, was compelled to defend The Guardian's actions before Parliament in a government move that was considered much more hawkish than the response in America or in other European countries.

Yet for many the debate has moved past the specific actions of the media. Just as opinions of Snowden evolved into a vigorous debate about privacy, the controversy surrounding The Guardian has become a question of press freedom versus national security.

Perhaps the most high-tension moment of the Parliament hearing came when a lawmaker questioned Rusbridger's love for his country. The Washington Post reports:

Earlier in the hearing, Labor lawmaker Keith Vaz questioned Rusbridger about testimony last month in which John Sawers, head of Britain’s Secret Intelligence Service, told lawmakers that the Guardian’s decision to publish had the country’s enemies “rubbing their hands with glee.” Vaz then bluntly asked Rusbridger, “Do you love this country?”

“I'm slightly surprised to be asked the question, but, yes, we are patriots, and one of the things we are patriotic about is the nature of democracy, the nature of a free press and the fact that one can, in this country, discuss and report these things,” Rusbridger responded.

Nobody expected the bombshell when the editor explained only 1% of Snowden's files had been published. He reiterated that the newspaper was responsible with its information, saying:

Despite Rusbridger's powerful testimony, the British government has not expressed a change in position. It is still investigating The Guardian to see if any national security laws were broken.

The full audio of the editor's testimony can be found here.