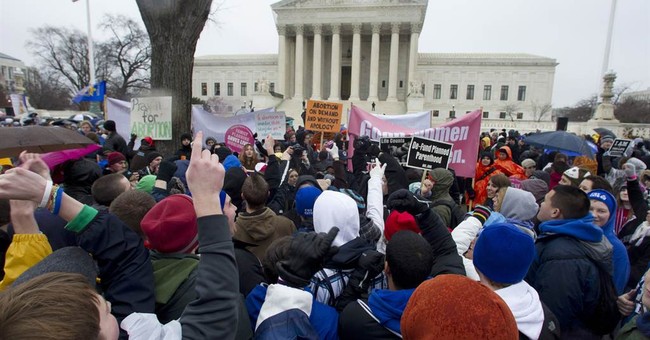 Although liberals claim the GOP is dominated by men out of touch with women, the latest research reaffirms that parents with daughters are much more likely to identify as Republican - supporting another recent study that showed boys with sisters were also more likely to become Republicans. Even when controlling for education level, age, religion, and gender, having daughters correlated with politically conservative beliefs.

The Pew Research Center reports on the so-called "daughter effect":

Their startling conclusions are based on data collected two decades ago from 661 respondents with biological children interviewed for the 1994 General Social Survey conducted by the University of Chicago’s National Opinion Research Center...

This research complements another study, which was based on a longitudinal survey of over 3,000 individuals and showed that boys with sisters were also more likely to be Republican. The Pew Research Center covered the sibling study earlier this year:

At the extreme, they found that young men who grew up with sisters but no brothers in their household are 8.3 percentage points more likely to identify with the Republican Party than boys who grow up with only brothers.

The sister effect is smaller but still statistically significant when it comes to attitudes explicitly related to gender roles. Men who had sisters were 3.8 percentage points more likely to agree that “a woman’s place is in the home” than men who did not, wrote Healy, an economist who teaches at Loyola Marymount University in Los Angeles and Mahhotra, a Stanford University political scientist.

At least some of the researchers interpret their findings to support the liberal narrative of the GOP's backwards gender stereotypes:

Researchers have found that sisters are more likely than their brothers to help wash the dishes, sweep the floor and do other traditionally gender-stereotyped tasks around the house. For example, in the data they examined, about 60% of boys but 82% of girls 10 and older with younger siblings told interviewers they were expected to help with the dishes.

However, these studies also have the potential to back a powerful GOP defense that - far from waging a "war on women" - Republican men actually have a stronger connection to women as a result of the profound influence of their daughters and sisters in their own lives. Perhaps someone should tip off Burning Glass.