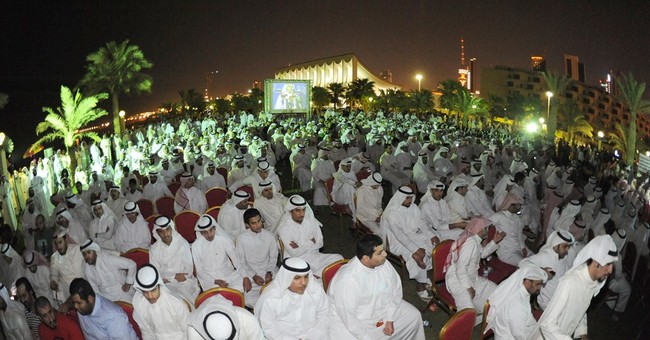 Yousuf Mindkhar, the director of the Kuwaiti Health Ministry, is pushing for all Gulf Cooperation Council countries (including Bahrain, Oman, Qatar, Saudi Arabia, and the UAE in addition to Kuwait) to adopt new measures to "detect gays" and keep them from crossing their borders.

Mindkhar noted that health examinations are already standard routine when expatriates enter GCC countries. He released a statement proposing the addition of a method to "detect gays" to those regular health examinations. A portion of Mindkhar's statement, translated from Arabic by rt.com, is below:

“However, we will take stricter measures that will help us detect gays, who will be then barred from entering Kuwait or any of the GCC member states,” he added, quoted by a local daily Al Rai.

He did not indicate what measures - or how physically intrusive - these might be.

The GCC countries are known for their conservatism, even relative to the rest of the Islamic world. In 2010, a controversial Egyptian film was banned in Kuwait - in large part due to its theme of lesbianism. Homosexual acts are currently outlawed in all of the GCC countries, and homosexual activity can be punishable by 10 years in prison in Kuwait.

The new movement to bar gays from entering GCC countries has sparked controversy in many countries, including the United States, resulting in calls to reject Kuwait's "gaydar" mechanism and general "homophobia."

A central committee will examine Kuwait's proposal on November 11. Until then, the world will have to wait and see.