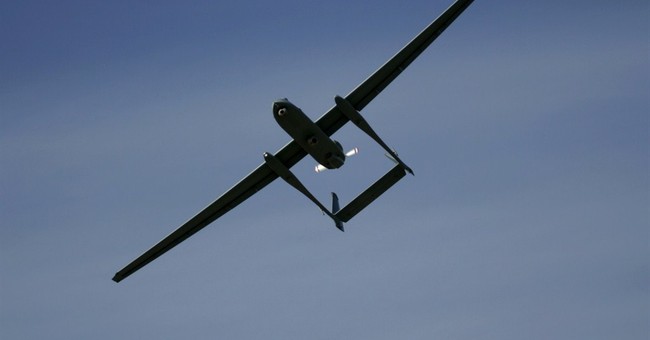 It is easy to see where the government's national priorities are as hundreds of thousands of Defense employees are put on unpaid leave during the shutdown.

In the meantime, bases with drone technicians are still running, to the frustration of the rest of the world.

President Obama, in an advance address to potentially furloughed Defense employees, warned about the shutdown. Obama faulted the legislature for the crisis, saying, "You and your families deserve better than the dysfunction we're seeing in Congress." Yet the logic behind the present state of furloughs, temporarily putting 400,000 of those employees out of work, is unclear.

Drone strikes continue to be an global problem, especially since an attack by American forces was allegedly carried out as recently as Monday. Pakistan in particular has been mounting the international pressure on the US:

The Prime Minister's Adviser on National Security and Foreign Affairs, Sartaj Aziz has said that Pakistan has effectively raised the issue of drone strikes at the UN forum in order to build pressure on the United States to change their current policy.

Speaking at meeting, he said that in his address to the UN General Assembly‚ the Prime Minister emphasized that drone attacks constitute the violation of international law.

Sartaj Aziz said that the UN Secretary-General himself has described drone attacks as a violation of international humanitarian law.

The drone program seems to have no end in sight, even if the government shutdown continues and other Defense employees are sent home.