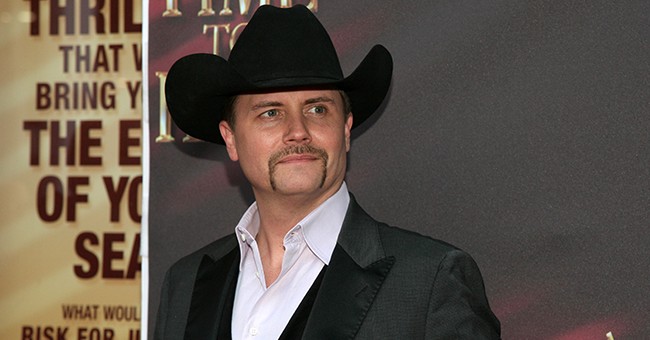 UPDATE: It appears the link has been reactivated.

Twitter has now said #ShutUpAboutPolitics was "erroneously flagged by a third party" and they have now reactivated the link. I'd sure like to know what "third party" singled me out...In any case, it's active again. Thanks for all the support!

Award-winning country music artist John Rich took to Twitter to alert fans that the platform had deemed a link to download his wildly popular “Shut Up About Politics” song as “potentially harmful” or a “violation of Twitter’s Terms of Service.”

“Hey, @twitter you’ve deemed the #1 most downloaded song in country music to be harmful and in violation of your terms? 100% of the proceeds to to @FoldsofHonor. You need to fix this,” five-time Grammy-nominated Rich tweeted on Friday morning.

Hey @twitter you’ve deemed the #1 most downloaded song in country music to be harmful and in violation of your terms? 100% of the proceeds go to ?@FoldsofHonor? You need to fix this. FANS: Pls help me spread this message. ?@DanaPerino? ??@greggutfeld? ? pic.twitter.com/7Mf7hTCo9U

Perino, Gutfeld, and other hosts of “The Five” recorded the song with Rich in Nashville. Gutfeld co-wrote it. Rich debuted the song on the show May 30.

“America’s Got Talent” finalist Benton Blount was among the flurry of Twitter users who have had enough of what they see as evidence of bias.

“Why would @Twitter ban a song that’s not explicit in any way and actually brings people from both sides together for a change? Ah. . . that’s why. Let’s thank Twitter for their obvious and over growing bias by buying and streaming #ShutUpAboutPolitics even more!” Blount said, retweeting Rich.

The screenshot Rich appended to his tweet alleged that the link to download the song could lead to a site that “steals your password or other personal information, installs malicious software programs on your computer, collects your personal information for spam purposes, has been associated with a violation of Twitter’s Terms of Service.”

The warned link, according to Rich’s screenshot, is here. That link leads to a page with a sample of the song and a listing of links to multiple sources from which the song can be accessed, including Apple Music, Amazon Music, Spotify and others. The link to Pandora for the song appeared to be broken.

One hundred percent of proceeds from the song go to Folds of Honor, a nonprofit organization that provides educational scholarships to spouses and children of fallen and disabled service-members.

As of 12:30 EST, clicking the link no longer popped up the warning Rich had screenshotted earlier in the day.