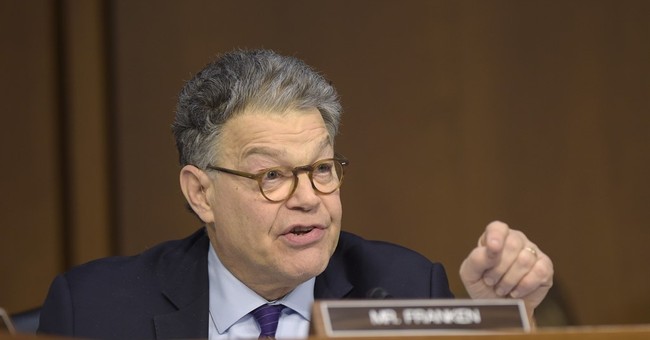 People are calling for Sen. Al Franken (D-MN) to resign after a radio anchor accused him of kissing her and groping her without her consent.

Leeann Tweeden shared a photo of the senator posing with his hands on her breasts while she was asleep.

In light of these recent revelations, here are nine times Sen. Franken tweeted about the need to curb sexual harassment:

Sexual harassment and violence are unacceptable. We all must do our part to listen, stand with, and support survivors.

It's unconscionable to think someone could be evicted—or outright denied housing—bc they've experienced domestic violence or sexual assault.

As we observe #NCVW2016, it's vital to address the challenges survivors of sexual assault face each day. https://t.co/ragO7Dp1Uh

I'm pleased we made steps to curb military sexual assault today, but I hope we can go further to bring justice to those affected. -Al