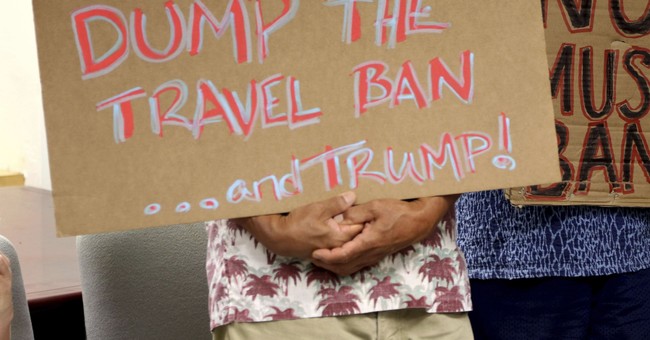 A second judge, this time from the state of Maryland, has blocked portions of President Trump's travel ban from going into effect. This is the third time that the president's travel ban has been blocked.

U.S. District Judge Theodore Chuang blocked all restrictions proposed by President Trump's travel ban except the restrictions that would be imposed on people who did not have a "bona fide" relationship with someone already living in the country.

Though Judge Chuang of Maryland and Judge Derrick K. Watson of Hawaii both ruled to block the travel ban, they ruled against it for slightly different reasons. In his ruling, Judge Watson stated President Trump was overstepping his authority and said there was insufficient evidence that allowing immigrants in from the countries set to be banned would be 'detrimental to the interests of the United States.' Judge Chuang stated in his decision that the ban violated existing immigration law and that President Trump was overstepping his authority due to the fact the order had “no specified end date and no requirement of renewal." Unlike Judge Watson, Judge Chuang added that his ruling to block the order was due to the fact it was still a "Muslim ban" despite what the administration and order stated. The judge reached this conclusion by referring back to comments made by then-candidate Trump during the 2016 election cycle and recent tweets made by the president.

Chuang instead based much of his ruling on his assessment that Trump intended to ban Muslims, and thus his order had run afoul of the Establishment Clause of the Constitution. When Trump was a presidential candidate in December 2015, Chuang wrote, he had promised a “complete shutdown of Muslims entering the United States,” and all of his comments since then seemed to indicate his various travel bans were meant to fulfill that promise.

Even though the administration had taken extra measures to show the courts that this was not a "Muslim ban," Judge Chuang did not buy it.

The White House has stated that the countries named in the ban - Venezuela, North Korea, Somalia, Iran, Syria, Yemen, Libya, and Chad - made the list because those nations would not or could not provide the necessary information to deem individuals wishing to enter the country as safe. Without that information, the United States is unable to guarantee that these individuals would not be potential national security threats.

The Department of Justice will be looking to appeal the decisions.