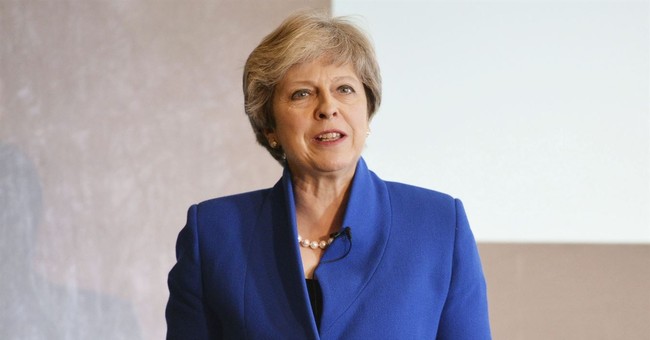 In the United Kingdom, Prime Minister Teresa May is considering regulating Google and Facebook. The prime minister's idea is that rather than treating Google and Facebook as tech or social media companies, they will be treated as news organizations. If these regulations were to be implemented, companies like Google, Facebook, and Twitter would be held accountable for content that appears in Google searches or posts made by social media users.

These regulations would ultimately allow the U.K. government to levy a fine on the companies for any content that is deemed to be illegal by the government; for example, posts that spread terrorist propaganda.

However, this regulation could create a slippery slope for the U.K. government as it would have complete control over what can and cannot be found on the platforms.

While everyone can agree that preventing terrorist material or terrorist propaganda from spreading on the internet is something social media sites like Facebook and Twitter should attempt to do, potentially forcing them to remove other content simply because the U.K. government may not support it is dangerous.

According to Axios, the United States is falling behind the U.K. when it comes to regulating these tech giants in this manner.

The speed of the U.K.'s actions means that the United States is falling behind, even though it was the U.S. election nearly a year ago that drew the most attention to the issue. While May and her Cabinet rush to stop fake news and terrorism from spreading — threatening steep fines — in the United States, Congress has yet to hold its first hearing with the companies. Silicon Valley has also responded more slowly stateside than in Europe.

Facebook, Google, and Twitter are coming under fire as it has been revealed that they unknowingly accepted money from Russians who paid for the posting of political advertisements in an attempt to influence the 2016 U.S. presidential election. Many Americans want lawmakers to hold these companies accountable for their neglect and create regulations that require them to look into who is paying for advertisements and remove advertisements that threaten the democratic process. That is all fair. But what about censoring "fake news"?

To reiterate, Axios stated that "May and her Cabinet rush to stop fake news ... from spreading." What constitutes fake news, exactly? If "fake news" refers to fake advertisements that are put up and paid for by foreign nations in an attempt to influence an election's outcome, fine. But if these companies, now considered to be news organizations, can be fined for "fake news," what stops the government from silencing information from news organizations themselves? What would that look like in the U.S. if the government attempted to do the same? Consider the fact that our current president loves to attack fake news regularly.

See the recent tweet from President Trump where he asks about challenging NBC's license.

And see the responses that followed.

The Left has been saying this about conservative talk radio and media for years. Lets not go down this road. https://t.co/Vg1pFNbz1h

The answer is never. https://t.co/yMSaaMUTxw

NBC’s “license” is the Constitution. https://t.co/VkwKGUQ7LR

If the U.S. government is going to follow the lead of the United Kingdom in censoring what appears in a Google search and on social media sites in the name of doing what is best for the country, it will need to tread carefully. The Constitution must stay at the forefront of the government's decision-making to keep it from overreaching.