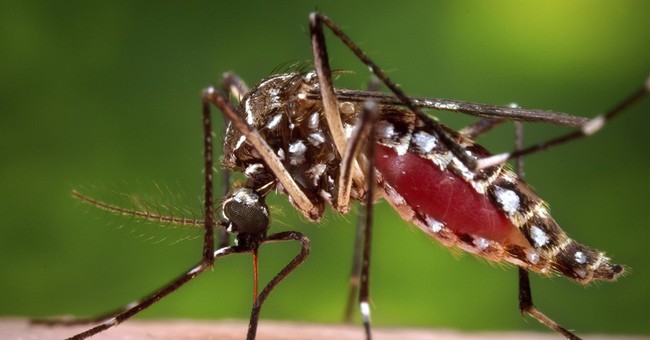 Sometimes the government funds scientific studies that have no business being funded, like getting monkeys drunk, for example. However, there are studies that, while they may be looked at with skepticism, pay off for researchers and bring good news to the general public.

It's time to potentially thank and put to work the little blood-suckers that we loathe so much: Mosquitoes.

The goal? To genetically modify the mosquitoes to be resistant to the parasite, that can be spread to humans, in the hope the genes from the GM mosquito will pass on to its offspring after mating with wild mosquitoes.

The study was amazingly successful.

The team caged equal numbers of wild and GM mosquitoes and monitored their breeding over 10 generations. Ninety percent of the offspring in each generation passed along the GM trait. Even when combining 10 percent GM with 90 percent wild mosquitoes, the Plasmodium-resistance trait dominated after a few generations. Importantly, the GM mosquitoes maintained their resistance to the malaria parasite for 7 years.

A 90 percent pass along rate is impressive. The question is whether or not this study will do just as well outside of a laboratory setting. According to the Centers for Disease Control, "3.2 billion people live in areas at risk of malaria transmission in 106 countries and territories."

Researchers acknowledge that the results in the real world may differ but remain optimistic about what these findings mean for combatting malaria in the future.

The authors note that work was conducted in a laboratory setting and that more research is needed to determine if what they observed in the laboratory also will occur under natural conditions. Nevertheless, the study suggests that mosquitoes can be genetically modified to compete in nature with wild populations and spread resistance to the malaria-causing parasite. If implemented, this strategy could eventually result in decreased disease transmission to humans.

Liberals React to Defeat of 'For the People Act'
Townhall
The Hill reports a 'rare setback for Biden' (and people have thoughts)
Twitchy
Women Want to Know Why Men Don't Want to Marry Anymore...Allow Me
Redstate
The Morning Briefing: Progressives Are Having a Rough Time and It's Glorious
PJ Media