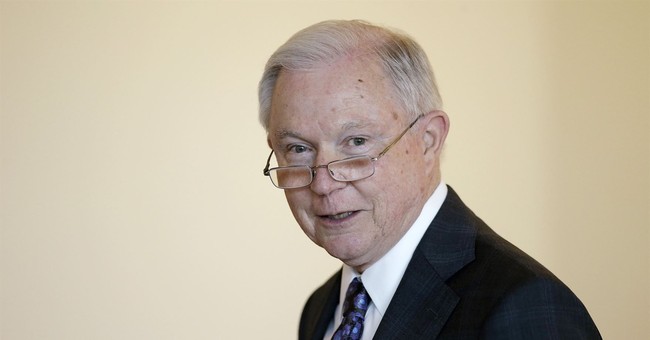 The United States is still struggling with an opioid crisis. In 2015, the Centers for Disease Control and Prevention (CDC) reported that "opioids were involved in 33,091 deaths in 2015, and opioid overdoses have quadrupled since 1999." The CDC also found the five states with the highest death rate from drug overdoses:

Though the epidemic continues, elected officials and government agencies are doing all they can to ameliorate the problem. In an attempt to combat Ohio's crisis, Ohio Attorney General Mike DeWine is suing big pharmaceutical companies. Ohio is not the first state to take this action either. DeWine is accusing the companies of misleading the public about how addictive opioids are and how easily they can be abused.

Attorney General Jeff Sessions traveled to Harrisburg, Pennsylvania on Friday to address law enforcement about the opioid epidemic, the overall topic of drug overdoses, and the overprescription of painkillers by physicians. It came with a big announcement:

Today, I am announcing that we will be awarding nearly $20 million in federal grants to help law enforcement and public health agencies address prescription drug and opioid abuse. This is an urgent problem and we are making it a top priority.

Sessions went on to talk about the opioid problem within the nation as a whole but specifically addressed the problems in Pennsylvania and his state of Alabama:

Sadly, Pennsylvania is not immune to this problem. In 2015, Pennsylvania was sixth in the nation in fatal overdoses and nearly 80 percent of Pennsylvania counties had fatal overdose rates above the national average. Last year, following a 37 percent increase, more than 4,000 Pennsylvanians lost their lives to drug overdoses—13 a day.
...
In my home state of Alabama, we have had more painkiller prescriptions than Alabamians for over a decade. And for the last five years, we have had the highest per capita rate of prescriptions to people of any state in the country.

Most importantly, Sessions reminded everyone that these numbers are not just numbers, but that they represent people, our loved ones:

They represent moms and dads, brothers and sisters, neighbors and friends. They represent unique, irreplaceable people, and fellow Americans.

But Sessions did not stop there. Sessions took it a step further by declaring that he was assigning a dozen prosecutors to target opioid-related health care fraud:

I’ve assigned 12 experienced prosecutors to focus solely on investigating and prosecuting opioid-related health care fraud cases in a dozen “hot-spot” locations around the country – places where they are especially needed. And one of those will be in Western Pennsylvania.

The decision to give law enforcement $20 million in federal grants and the decision to hire a dozen attorneys are wise. Having a proactive administration, not a reactive one, can only alleviate the suffering opioid abuse has caused for so many Americans.

The full speech can be read here.