U.S. Envoy to Qatar to Discuss Qatar's Role in 'Combating the Financing of Terrorism' 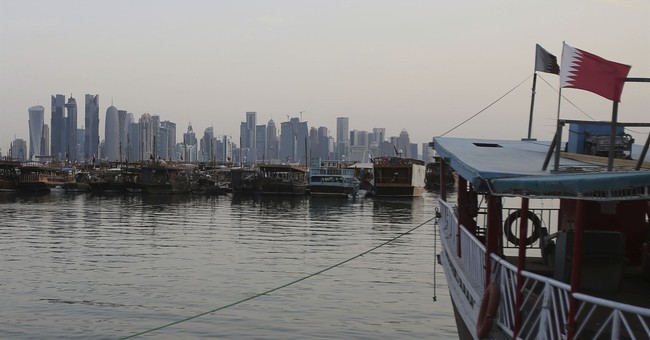 Ambassador Nathan A. Sales thanked Qatar “its commitment to combating global terrorism and its dedication to a robust partnership with the United States on counterterrorism and security,” according to a State Department press release.

Deputy Prime Minister and Minister of Foreign Affairs met with Coordinator for Counterterrorism at the US State Department. During the meeting, they reviewed the strategic partnership between the State of Qatar and the United States in combating terrorism #QNA

The expedition occurred after Fox News and Al-Arabiya separately reported on a dossier that incriminates the Qatari royal family for financing weapons deliveries to Hezbollah, a designated terrorist organization suspected of liability for the recent explosion in Beirut.

According to the report, a private security contractor who goes by the alias “Jason G.” because of security concerns, used his position as a businessman in Qatar to observe official documents from a member of the monarchy. The expose claims that as early as 2017, Qatari elites and exiled Lebanese channeled funds from Doha to the Lebanese militant entity.

“The donations are said to have been processed with the knowledge of influential government officials through a charity organization in Doha,” German publication Die Zeit reported earlier in July.

“I only made the first deal because the Qatari people had promised that they would put these financiers out of circulation,” Jason G. told Zeit. While deal eventually fell through, Jason G. says ranking German intelligence officials viewed and verified his dossier.

“The State Department noted recent press allegations of a Qatari role in funding the Lebanese Hezbollah. We see the allegations as inconsistent with Qatar’s strong commitment to combating global terrorism,” a state department spokesperson told the Jerusalem Post when questioned about the veracity of the reports. “…our close ties with Qatar are indispensable for maintaining security in the gulf region, and we will continue to closely work together to stop the financing of terrorist organizations like Hezbollah,” he added.

Reports of terrorist financing originating in Qatar are nothing new. Qatari charitable organizations, and more recently private businesses, have been exposed for siphoning revenue toward terrorist organizations, including Hamas and PIJ (Palestinian Islamic Jihad). A lawsuit filed in New York in June alleges that some of the money contributed to six terrorist attacks between 2014 and 2016 that killed U.S. citizens.

Qatar’s 2018 terrorist list contained names of only 19 individuals and eight private companies unrelated to either the ruling family or charitable institutions.

The Trump administration has maintained an outwardly positive stance toward Qatar despite the president’s admission in 2017 that Qatar “has been a funder of terrorism at a very high level.” More than 8,000 U.S. troops are stationed in the oil-rich country.

Gulf states, including Saudi Arabia, the United Arab Emirates and Bahrain, have imposed sanctions on Qatar for its alleged sponsoring of terrorism and evident regard for Iran.

Jason G. says he hopes Qatar will “stop funding extremists,” according to Fox News. “The “bad apples need to be taken out of the barrel” before Qatar can “be part of the international community,” he added.