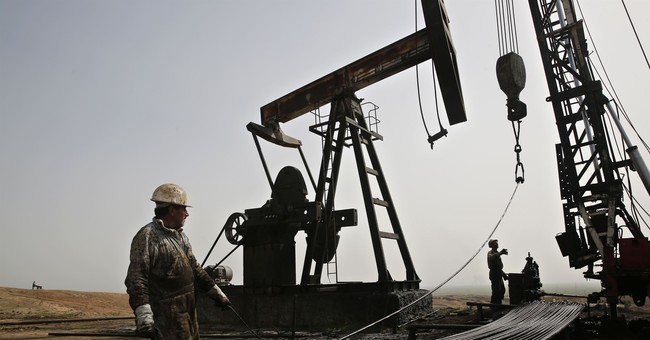 A U.S.-based oil company has secured a contract with the Kurdish-led Syrian Defense Forces (SDF) to begin extracting oil in the Autonomous Administration of Northern Syria, Al-Monitor reported earlier this week. It named Delta Crescent Energy LLC as the U.S. company and said the deal was conducted “with the knowledge and encouragement of the White House,” according to a source.

Syrian Democratic Council representative Sinam Mohamad confirmed the intelligence to Al-Monitor but did not give any further details.

Sen. Lindsey Graham (R-SC) said at a Foreign Affairs Committee hearing last week that he spoke to SDF Gen. Mazloum, who communicated the deal him. Graham asked Secretary of State Mike Pompeo whether the state department was in favor of the operation.

“We are,” Sec. Pompeo replied. "The deal took a little longer Senator than we had hoped...we’re in implementation, it could be very powerful.”

Syria has contributed very little to global oil production following the outbreak of civil war in 2011, but Syrian Kurds rely heavily on revenue from the reserves it does have. Supply is concentrated in the Kurdish-controlled autonomous zone in the northeast.

Graham says the deal will allow Syrian Kurds to “modernize” their oil industry, generating local wealth and reducing dependence on U.S. financial aid. “By continuing to maintain control of the oil fields in Syria, we will deny Assad and Iran a monetary windfall.  By increasing production of the oil fields, we will be helping our Syrian Democratic Forces (SDF) allies who fought so bravely to destroy the ISIS Caliphate,” he said in a press release in October.

In fact, Delta Crescent Energy had applied for the permit as early as October 2019. Reese spoke with Washington Examiner last October detailing a plan to secure a security zone for the Kurds, satisfy the U.S. and Turkey both economically and in terms of military lives, and bar Russia from doing the same. He said the company had recently filed for the OFAC license.

“It was very much our effort to keep the State Department advised—not seeking approval—but wanting to know if this was contrary to American policy interest. Nobody told us no," Cain told POLITICO.

Trump had suggested a similar tactic early last year after the successful assassination of ISIS leader al-Baghdadi. “We're securing the oil. Now, that doesn't mean we don't make a deal at some point,” he said, mentioning Exxon Mobil and other American firms as potential partners.

The Syrian government alleges the U.S.—Kurdish partnership is a ploy to “steal” Syria’s crude oil. “This agreement is null and void and has no legal basis,” Damascus said in a statement.  But earlier this year, Turkey made an offer to Russian President Vladimir Putin to jointly develop the oil industry in the Kurdish-controlled region.

Other critics say it violates international law, and Turkey and Iran have both denounced the move.

“The United States government does not own, control, or manage the oil resources in Syria. The populations in areas liberated from ISIS make their own decisions on local governance,” a State Department spokesperson said.