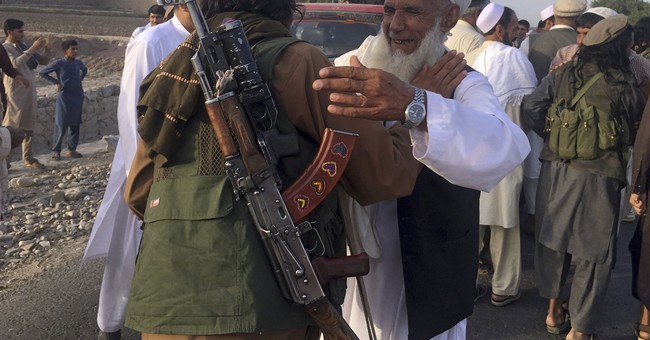 The Taliban has freed 1005 Afghan fighters, a spokesman said on Thursday, fulfilling the Taliban's commitments to the U.S.-Taliban peace deal negotiated in late February. The move precedes intra-Afghan negotiations set to occur after Eid, a three-day Muslim holiday during which the Taliban and the Aghan government agreed on a temporary ceasefire.

"The other side must also complete the process of releasing the pledged 5,000 detainees in accordance with the Doha Agreement, and the list, in order to facilitate the start of intra-Afghan talks after Eid," said Suhail Shaheen, a spokesman for the Taliban Qatar office.

As part of the pact, the Afghan government agreed to release 5,000 Taliban prisoners, in exchange for the Taliban's release of 1,000 Afghan troops. The Afghan government has freed all but 600, protesting that their extreme criminal backgrounds render them too dangerous for liberation.

"To demonstrate the government's commitment to peace, the Islamic Republic will soon complete the release of 5,000 Taliban prisoners," Afghan President Ashraf Ghani said. "With this action, we look forward to the start of direct negotiations with the Taliban in a week's time."

Ghani had conditioned all prisoner releases on the guarantee that they would not return to combat.

But freed Taliban have returned to fighting against the Afghan government, according to a report by the MEMRI. The report includes a July 24 photo of two Taliban fighters who had rejoined their ranks, swearing upon the Quran to continue fighting.

"The military training of the believing Mujahideen youth is a guarantee of the country’s independence and Islamic sovereignty and a harbinger of the defeat of any enemy,” the Taliban said in a statement with the video.

Meanwhile, Ghani has alleged that more than 3500 Afghan fighters and 775 civilians have died in clashes with the Taliban since late February.

Acting Defense Minister Asadullah Khalid said last week that the Taliban "are killing Afghan citizens in the name of Islam," but are "at peace with the Americans. ... I do not know what reason [the Taliban] have for fighting with Afghan and Muslim soldiers, but they say they have a ceasefire with the Americans."

Although a UN report identified Taliban cooperation with Al Qaeda, Secretary of State Mike Pompeo has reiterated that "the Taliban must respect the agreement, specifically regarding their promises of severing ties with terrorists."

He added: "We're not required to leave unless they can demonstrate they are fulfilling every element of their end of the bargain."

Earlier this month, Trump reduced U.S. military presence in Afghanistan from 12,000 troops to 8,600, pledging to reach zero by April 2021.