Pastor John MacArthur: We Were the Original Protesters 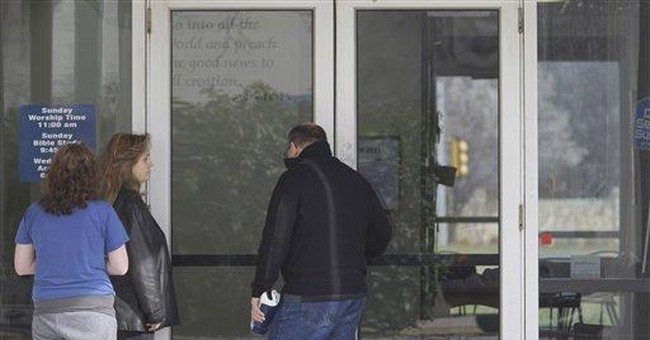 .@johnmacarthur — “We are the original protesters.”

The Protestants and the Christian Church have always stood firm on the eternal, immutable, inerrant Word of God.

MacArthur reminded viewers that free exercise of religion and freedom of assembly is enshrined in the First Amendment: “The government can’t intrude in worship. We stand on that amendment.”

He also argued that the extent of the public health crisis does not necessitate such a drastic response from state authorities.

California has seen 8,717 COVID-19 related deaths to date, comprising only 0.0002 percent of the state’s population, according to data from The New York Times.

“So why would you shut down the entire state and particularly when people are frightened and sometimes terrified that they’re going to die shut down the church where most of the intense relationships in our society exist?” MacArthur asked.

The statewide shutdown has cost Grace Community Church (GCC) now over 21 weeks of ministry to thousands of people, including children and the elderly. MacArthur said he has had to call dying patients in hospitals.

MacArthur also claimed that church leaders did not plan the reopening, but it happened organically as congregants returned of their own volition. Roughly 3,000 people attended GCC.

“… and they hugged each other, they didn’t wear masks and they sang songs and they understand the reality of it. We didn’t have to say anything,” he said.

Newsom has received criticism for his disproportionate treatment of religious and family gatherings in comparison to protests. In Oakland, protests erupted in violence over the weekend.

“Do what you think is best not only for you but for the health of the people you love,” Newsom said at a press conference on July 2.

MacArthur reminded viewers of the rebellious roots of evangelical Christianity. “We’re the original protestors,” he said. “We go back 500 years to the protestant reformation. We’re still protesting lies and deception for the sake of the truth."

Scholars say the Protestant Reformation grew out of efforts by Martin Luther, a monk in the Roman Catholic Church, to reform Catholicism. When religious authorities threatened execution if Luther would not renounce his dissenting views, he refused.

“My conscience is bound by the Word of God,” he said. One traditional account records his ending statement as, “Here I stand; I can do no other. God help me. Amen.”

Dr. Marin Luther King Jr., in his "Letter From a Birmingham Jail," also evoked Christian theology and the work of historical figures, including Martin Luther, to justify civil disobedience in his fight for racial equality.

Grace Baptist Church did concede to the original order in May when it was believed that the coronavirus could result in millions of deaths. But that threat no longer exists.

“We said from the very start that our voluntary compliance was subject to change if the restrictions dragged on beyond the stated goal, or politicians unduly intruded into church affairs, or if health officials added restrictions that would attempt to undermine the church’s mission,” the church said in a statement.

Evangelical leaders have disagreed on whether they should resume church services, especially given that many attendees are in the older age brackets and more susceptible to the virus.

MacArthur gave a more detailed justification of the decision in a statement on GCC’s website, dated July 24.

He acknowledged that, while “Scripture does mandate careful, conscientious obedience to all governing authority,” that command extends only “insofar as government authorities do not attempt to assert ecclesiastical authority or issue orders that forbid our obedience to God’s law.”

"God has not granted civic rulers authority over the doctrine, practice, or polity of the church," he said.