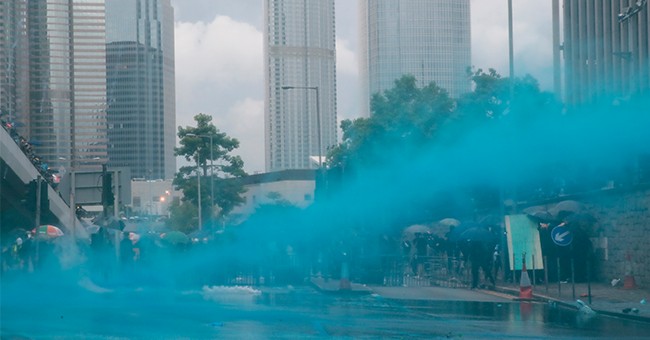 After heavy internal criticism by EU members for the organization’s lack of response to China for promulgating abusive legislation in Hong Kong, the EU Foreign Affairs Council on Tuesday adopted sanctions against Hong Kong.

“Following an initial discussion in the Foreign Affairs Council on 13 July 2020, the Council today adopted conclusions expressing grave concern over the national security legislation for Hong Kong adopted by the Standing Committee of China’s National People’s Congress on 30 June 2020,” the legislative body said in a press statement.

According to the EU, “the purpose of the various measures and of the package as a whole is to express political support for Hong Kong’s autonomy under the ‘One Country, Two Systems’ principle, and solidarity for the people of Hong Kong.”

EU members agreed to refrain from exporting “sensitive equipment and technologies” where reasonable evidence exists that such equipment will be used by Hong Kong authorities to suppress dissidents and monitor or disrupt cyber activity.

The EU also pledged to review current treaties with Hong Kong, including extradition arrangements, and forestall any new negotiations. On Tuesday, Hong Kong also suspended extradition treaties with the UK, Canada and Australia, acknowledging the same move made by the three countries earlier this month.

German Foreign Minister Heiko Mass, who collaborated with the French minsters at the forefront of the initiative, called it a “common toolbox” that EU member states can draw from in response to China.

“The relevant measures adopted by the EU side violated non-interference in internal affairs which is a basic norm in international relations,” said PRC spokesperson Wang Wenbin.

Debates on a coordinated EU response began at a July 13 meeting with foreign ministers of member states. EU Foreign Policy Chief Josep Burell warned China “that their recent actions change the rules, [and] this would require revision of our approach and will clearly have an impact on our relations.”

Earlier in June, several members of the European Parliament urged the EU to adopt sanctions against China in retaliation for the proposed security law.

“Sanctions are the only instrument to bring communist dinosaurs to their senses," said Alexander Alexandrov Yordanov of Bulgaria.

Failure to act would only demonstrate that the EU has “one set of principles, two standards,” according to Carles Puigdemont of Spain.

The EU move was followed by trade discussions with China on Wednesday, focused primarily on coronavirus response and bilateral investment disparities.

“The current crisis gives us no other option but to work hand in hand with our global partners, including China,” said Executive Vice-President Valdis Dombrovskis in a statement.

An arms embargo has existed against China since 1989, but the EU has not levied any additional sanctions.