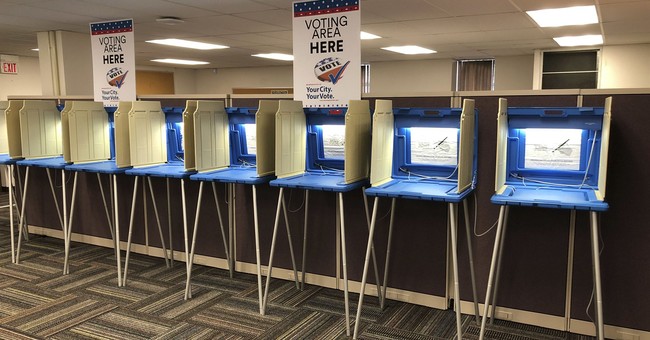 According to Leahy, the legislation will “safeguard what John fought over a lifetime to achieve: equality at the voting booth,” ending “flagrant suppression schemes to take this tool away from marginalized communities.”

We can't honor the life of #JohnLewis if we refuse to carry on his LIFE'S WORK. Today I'm proudly intro'ing the bipartisan John Lewis Voting Rights Advancement Act w/ 47 Senators. I URGE the @senatemajldr to allow a vote on it. We owe it to John. We owe it to our democracy. pic.twitter.com/acOdEJwI4u

The John Lewis Voting Rights Advancement Act supplements the Voting Rights Act (VRA) that prohibited any behavior determined by the federal government to be a “denial or abridgment on the right of any citizen … to vote on account of race or color.”

Included in the VRA at the time of its passage was the “coverage formula” in Section 4(b), requiring that certain states, known for enforcing overtly discriminatory voting regulations, obtain preclearance before making any changes to election laws. A voting precinct had to first prove that any changes would not disproportionately inhibit minorities from voting.

Although the original lawmakers intended for the provision to expire after 5 years, subsequent administrations reauthorized it until 2013.

That was when, in Shelby County v. Holder, the Supreme Court reviewed Section 4(b) and found it unconstitutional on the grounds that it treats states unequally, and that the unfair practices it existed to restrict no longer persist in the U.S. To ensure voter access across all American demographic groups, Congress would have to draft a new formula.

“The law that John Lewis nearly died for has been gutted by the Supreme Court,” Senate Minority Leader Chuck Schumer (D-N.Y.) said at a hearing on Wednesday.

Many lawmakers, including Lewis while he still served in Congress, argue that voter suppression has not abated but rather manifests through different practices, including gerrymandering, requiring valid IDs, not providing foreign language voting materials and poll closures.

“Though not inherently discriminatory, these polling place closures occurred in states and localities with past histories of racial discrimination in voting,” it said, but could not provide the “additional analysis” it claimed was necessary “to better understand the potentially discriminatory impact of these closures.”

The Act creates a new formula, this time applicable to all states, and instates a 25-year rolling review period. States that violate federally-determined measures, “such as the institution of a voter ID law or the reduction of multilingual voting materials – practices that have historically been found to have the greatest discriminatory impact" according to a summary of the bill--are subject to a 10-year probation period.

Sen. Sheldon Whitehouse (D-R.I.) told The Dispatch that “the best way Democrats and Republicans can honor John’s legacy is by taking action to safeguard voting rights—rights he risked his life for.”

Leahy touts the bill as “bipartisan,” while in fact, only one Republican out of a total of 48 Senators back the bill.

Similar efforts are afoot in the House. In December 2019, Lewis presided over an effort to pass a bill restoring the VRA, and House Majority Whip Jim Clyburn (D-SC) is currently leading a bill to expand the voting rights package.