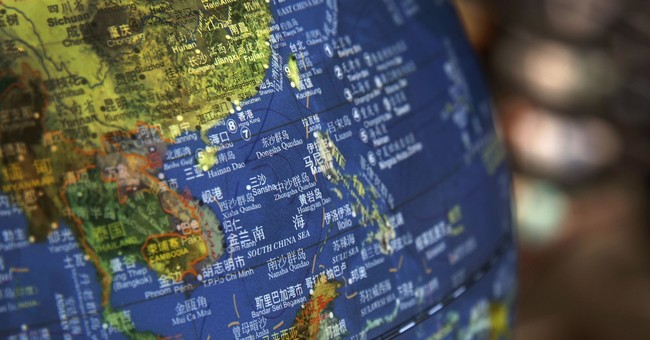 On Monday, the Secretary of State Mike Pompeo released a statement officially declaring China’s appropriation of the South China Sea (SCS) as “unlawful.” The United States will position itself in accordance with a 2016 decision by a multinational tribunal rejecting China’s claims to the SCS beyond a 12-mile exclusive economic zone (EEZ).

“Beijing uses intimidation to undermine the sovereign rights of Southeast Asian coastal states in the South China Sea, bully them out of offshore resources, assert unilateral dominion, and replace international law with ‘might makes right,’” the statement reads.

Beijing accuses the U.S. of interfering in its maritime affairs, “stirring up tension and inciting confrontation in the region” under a pretense of reinforcing international law.

“While firmly safeguarding its territorial sovereignty and maritime rights and interests, China has been committed to resolving disputes through negotiation and consultation with countries directly involved, managing differences through rules and mechanisms, and achieving win-win results through mutually beneficial cooperation,” the Chinese ambassador to the U.S. said in a statement.

Both sides have accused each other of bullying.

We are strengthening U.S. policy on South China Sea maritime claims, according to international law, in rejection of Beijing’s intimidation, bullying, and claims of maritime empire.

China asserts that all the territory and natural resources falling within the 1.3-million-square mile boundaries of the SCS belong to China based on historical precedent. It has constructed military outposts on dubious territory, hedged out what it sees as foreign fishing operations and opposed foreign military exercises in the SCS.

“The world will not allow Beijing to treat the South China Sea as its maritime empire,” Pompeo said.

Since rights to waters are derived from land rights under international law, China believes that islands held by China’s previous Kuomintang government constitute a basis for legally claiming sovereignty over the SCS. However, many regional states, such as the Philippines, Vietnam and Taiwan have laid claim to specific islands.

Gregory Poling, a senior fellow for Southeast Asia at the Center for Strategic and International Studies, told CNN, "What the US basically said is that we are going to remain neutral on questions of who owns what island or rock in the South China Sea, but we're no longer going to keep quiet on China's illegal claims to the waters."

In 2013, the Philippines brought a lawsuit against China for encroachment into Philippine territory before the UN Permanent Court of Arbitration. The court ruled in 2016 that the EEZ provision in the UN Convention agreement, of which China was a signatory, overruled China’s historic privileges.

The PRC has no legal grounds to impose its will on the region and claim resources off the coasts of Southeast Asian states.

The United States first declared the nine-dash line in violation of international law in 2014 and since has escalated Freedom of Navigation Operations in the SCS. On Tuesday, the U.S. steered a warship near the Spratly Islands.

According to Poling, Pompeo’s move “helps partners like Vietnam and the Philippines, and it's going to put pressure on other countries -- the Europeans, for instance -- to get off the fence and say something themselves."

Japan on Tuesday accused China of intruding into the SCS and the East China Sea near the disputed Diaoyu/Senkaku Islands, rendering China the most severe regional threat to Japan.

Last week, the U.S. made a $620 million arms sale to Taiwan, the seventh of its kind during the Trump administration. Beijing called for sanctions against Lockheed Martin, the primary contractor, on Tuesday.

Chinese analysts have called the U.S. position the beginning of a “new Cold War.”