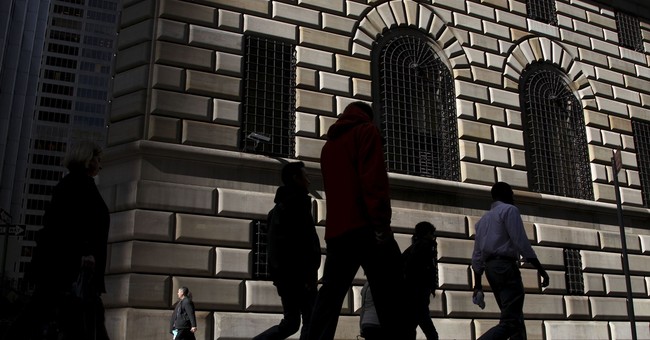 The Fed released the results of its annual Dodd-Frank stress test on Thursday, predicting near-catastrophe for several large banks.

While the prospects of a recovery will largely depend on the course of the COVID event, the banking system has served as a source of strength, not strain, in the current crisis,” Fed Vice Chair Randall Quarles said in a statement.

“While I expect banks will continue to manage their capital actions and liquidity risk prudently, and in support of the real economy, there is material uncertainty about the trajectory for the economic recovery,” he continued.

Results were derived from the “severely adverse scenario” developed before the COVID-19 pandemic that included an unemployment rate of 10%. Projected losses during the next nine quarters for 33 large banks reached up to $533 billion in the aggregate, with losses on loans comprising $433 billion of the total.

The current unemployment rate is 14.7%.

In addition, the analysis employs a new method of developing the stress capital buffer for each firm based on previous quarter’s earnings. While in stable economic circumstances the buffer might be suitable for purposes of analysis, recent month’s sudden and dramatic decreases might result in inordinately low capital buffers.

Given the extreme nature of the current economic downturn, the Fed introduced a novel sensitivity analysis to account for three possible recovery structures: V-shaped, U-shaped and W-shaped.

The most extreme end of each scenarios depicted unemployment peaking at 19.5% and possible total loan losses for banks of over $700 billion. A statement by the Federal Reserve Board notes that several banks would reach minimum capital levels, although the report does not specify which face the greatest threats.

In light of the uncertain road ahead, the Fed issued several regulatory actions for the first time since COVID-19 became a national threat. Banks will have to suspend share repayments, restrict dividends, and reevaluate the payout plans they submitted earlier this year.

Governor Brainard dissented to the decision on the basis that banks may not be robust enough to support a successful recovery, advocating instead for full suspension of dividends. “I do not support giving the green light for large banks to deplete capital,” she said in a statement.

Several U.S. Senators, including Elizabeth Warren, had submitted a letter to Fed Chairman Jerome Powell on Wednesday urging the central bank to completely halt dividend payments for all private firms.

Nellie Liang, a fellow at the Hutchins Center on Fiscal and Monetary Policy, worried in April that Fed-imposed restrictions on banks would “risk sending a signal of weakness.” Such changes would have adverse effects in the stock market.

Stocks for JPMorgan Chase, Goldman Sachs, and Wells Fargo, three of the firms included in the Fed’s analysis, all fell after the regulations were issued, with Wells Fargo currently at the lowest for the month of June.

Economists have not ruled out the possibility of an L-shaped recovery, garnering significantly worse futures than the analysis predicted. Neither have they excluded the “Nike swoosh,” promising a slow increase in economic activity.