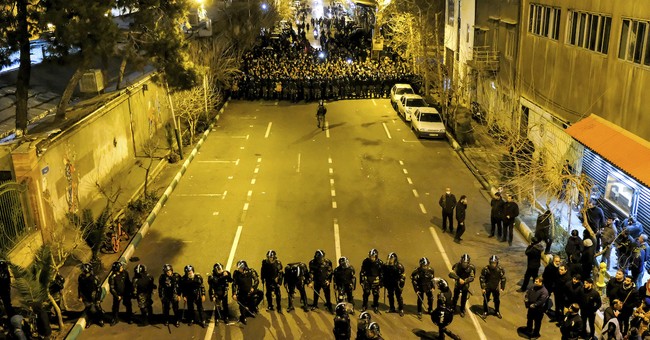 A report issued by the Baden Württemberg intelligence agency reveals what many have long suspected: that Iran is engaging in weapons research and development, contrary to its promised idleness. In a section called “Proliferation,” the report, released on June 15, identifies Iran, Pakistan, North Korea and Syria as currently active in the region.

“They aim to complete existing arsenals, perfect the range, applicability and effectiveness of their weapons and develop new weapon systems,” the report states. Illegal operations in Germany include testing “necessary products” and acquiring “relevant know-how.”

The Iranian agents, under the guise of “cover companies” conducting legitimate trade with German businesses, procure “dual-use goods” that can be employed toward civilian or military ends. No company names, German or Iranian, were explicitly mentioned in the report.

An accompanying press release omitted reference to the illicit activities uncovered in the report.

Baden-Württemberg, a southwestern German state, leads the country in business, industrial manufacturing and technology, rendering it a prime target for theft. Although Germany is one of Europe’s E3 leaders and a participant in the Joint Comprehensive Plan of Action (JCPOA), that has not deterred Iran from violating the provisions of the contract within Germany’s borders.

In accordance with the JCPOA, Iran agreed to pause its nuclear production program in exchange for the removal of UN sanctions in 2016. The U.S. entered the treaty under the Obama administration but pulled out per Trump’s policy 2018.

“Iran does not feel after the US exit from the nuclear agreement more bound by the contract,” the report claims. “The sanctions that have been suspended can become effective again” should Iran renege on the contract. To date, however, the E3 nations have opposed efforts to reinstate sanctions.

“We would not support such a decision, which would be incompatible with our current efforts to preserve the JCPoA,” the foreign ministers of each E3 nation said in a statement.

The U.S. has continued to issue sanctions against Iran, which the report blames for Germany’s decline in trade with Iran. Along with 2019 procurement trials that affected some business in Baden-Württemberg, “It has become even more difficult for affected companies to assess whether the business is still lawful or whether it is already violating sanctions regulations.”

Data from Trading Economics shows a general decline in German-Iranian trade in goods since 2010.

Iran continues to test the threshold of what its JCPOA partners will ignore. The International Atomic Energy Agency (IAEA) adopted a resolution on June 19 expressing concern over Iran’s refusal to grant access to two allegedly dormant nuclear sites. Twenty-five nations, including the E3, called on Iran to expose the sites. Ministry spokesman Abbas Mousavi flatly repudiated the request, calling it “unconstructive” and “disappointing.”

E3 must stop public face-saving & muster the courage to state publicly what they admit privately: their failure to fulfill even own JCPOA duties due to total impotence in resisting US bullying
Behind facade, E3 are accessories to Trump & Netanyahu—& in no position to counsel Iran pic.twitter.com/sdoOBJECeS

Clifford D. May, a research fellow at the Foundation for Defense of Democracies, argues that the E3 should increase economic pressure on Iran. “We now have overwhelming evidence that the nuclear weapons development program whose existence Iran’s rulers have consistently denied continues to progress,” he says.