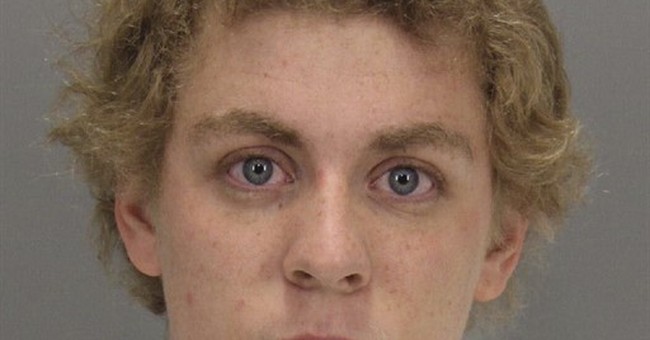 The student, while intoxicated, left the unconscious victim behind a dumpster after assaulting her in January 2015. Many witnesses, interviews and character statements later, the California student will now serve six moths in jail, three months of probation and will be a registered sex offender for the remainder of his life.

Backlash from the public following this conviction not only reached Turner and his family, it is also significantly affecting the judge involved in the case and some character witnesses who vouched for the young athlete.

Some who claim the sentence was not harsh enough for the crime are placing blame on Santa Clara County Superior Court Judge Aaron Persky.

The Change.org petition to remove Judge Perksy is currently at 862,789 signatures and is gaining more each day. The petition states, "We the people would like to petition that Judge Aaron Persky be removed from his Judicial position for the lenient sentence he allowed in the Brock Turner rape case. Despite a unanimous guilty verdict, three felony convictions, the objections of 250 Stanford students ... Judge Persky allowed the lenient sentence suggested by the probation department."

The Judge defended his decision. "A prison sentence would have a severe impact on him," Persky said to CNN. "I think he will not be a danger to others."

While on trial, Turner blamed the rampant promiscuity and alcohol abuse on the Stanford campus for his actions. His father dismissed his actions, saying he was convicted for "20 minutes of action."
Adding to the passions against this decision, evidence was found proving Turner abused drugs and alcohol prior to attending Stanford. This conflicts with his statements claiming he had no history of partying with alcohol and it was the peer pressure at Stanford that compelled these actions.
A file obtained by The Mercury News revealed Turner's text messages regarding drinking and smoking marijuana.

Leslie Rasmussen, childhood friend to Turner, has seen her life upended because of her involvement in Turner's case.

Considering her past with Turner, Rasmussen was asked to write a character letter supporting Turner's character a few months ago. After the letter leaked, her band lost gigs and faced scrutiny on social media.

"I am not blaming her directly for this, because that isn’t right," said Rasmussen in her initial letter. "But where do we draw the line and stop worrying about being politically correct every second of the day and see that rape on campuses isn’t always because people are rapists."

In a statement defending her character letter, she explained her concern for the effect of alcohol and how much it should be considered in this case. While she knew Turner's character and was confident in supporting him, she knew intoxication would be an important factor in altering that character.

"I don’t condone, support, or sympathize with the offense or the offender," said Rasmussen, concluding her statement.

Despite the evidence and the backlash, Turner is expected to leave jail early.