Asian Americans to Democrats: See Ya! 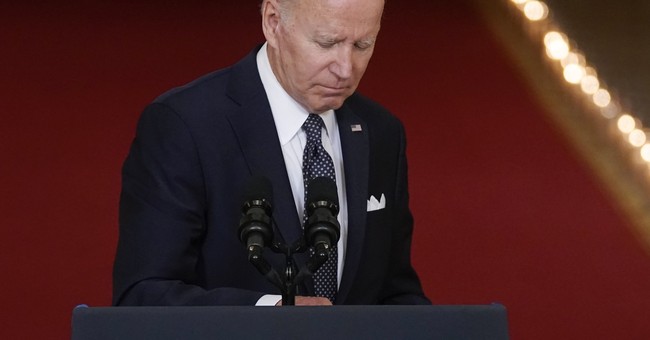 The level of loss is astounding. When the economy is poor and some little old man can't do the job, I guess we shouldn't be shocked that everyone is fleeing Joe Biden and the Democrats. Is there anyone who supports this guy that isn't woke, white, and utterly insane?

Even college-educated men, who were hardcore Democrats in 2018, have drifted into the GOP camp. That D+16 advantage with that bloc alone is now R+10. Young people don't like Biden. Black voters are drifting away. Hispanic voters are especially sour on dementia man, and now Asian Americans are saying "sayonara" to this president.

CNN pointed out Biden's Asian American voter exodus. The recall of now-ex District Attorney Chesa Boudin in San Francisco was cited as the canary in the coalmine for Democrats with this group (via CNN):

That election result and other data reveal that Asians are still likely to vote Democratic on the whole, but the party has seen a disproportionate decline in support among this group.

Let's start with the national polling. As I mentioned at the top, it's hard to get national polling that tracks Asian voters specifically. I would therefore take these trends as preliminary.

Pew Research Center polling, however, does show that Biden's standing with Asians has dropped precipitously. He's averaged a 53% approval rating and a 47% disapproval rating (or a +7 net approval rating, without rounding) in 2022 data. Biden won Asian voters by 44 points in 2020, according to Pew data.

In other words, his net approval margin with Asian adults now is 37 points lower than his margin over Republican Donald Trump among Asian voters in 2020.

That's far greater than the drop he's had with the electorate overall. Biden's net approval rating has averaged about -14 points this year in Pew polling. He won the 2020 election by a little less than 5 points, according to Pew data. That puts his net approval rating about 19 points lower than his margin over Trump in 2020.

A peek at the generic congressional ballot shows that these trends are not happening in a vacuum.

Pew's March poll gave Democrats a 28-point advantage among Asians on the ballot test, which asks voters which party they would support for Congress in their districts. That's 16 points lower than the margin Biden won them by in 2020. The same generic ballot had Democrats and Republicans tied among all voters, which is only about a 5-point drop for Democrats overall compared with Biden's 2020 margin. So the dip in Democratic support among Asian voters looks to be about 3 times as large as it is overall.

For a party that needs all the help it can get right now, this massive drop in approval with a voter bloc that is the fastest-growing ethnic/racial group in the electorate is just another sign that this president doesn't have an agenda that's real. It's not popular. It's not centered on the issues or needs of everyday people. Again, it's all about making woke white folks happy—and those people are an extreme minority.

You saw that with the gas price crisis. Instead of finding ways to reduce prices, they went to war with the oil and gas industry and told people to buy electric cars. A return to the Trump-era energy policy would help, but we all know that's not possible. That would be an initiative that would be popular and work for everyone.

Barack Obama's presidency oversaw the virtual destruction of numerous Democratic Party structures at the state level. This is the bench that you need to keep packed with talent to compete statewide. This is partially why Republicans reached their highest levels of power post-2014 across the board. They may not be exciting races, but county executive, agriculture commissioner, and land commissioner races are where future governors can be cultivated. The same applies to the secretary of state offices. And it cuts both ways—just look at the Pennsylvania GOP. They're so depleted that Dr. Oz is their candidate for the US Senate.

For Joe Biden, he could oversee the death knell for the Democratic coalition that helped his boss win twice. Without young people, blacks, Asians, and suburban moms—Democrats should just climb into the coffin. It's over.