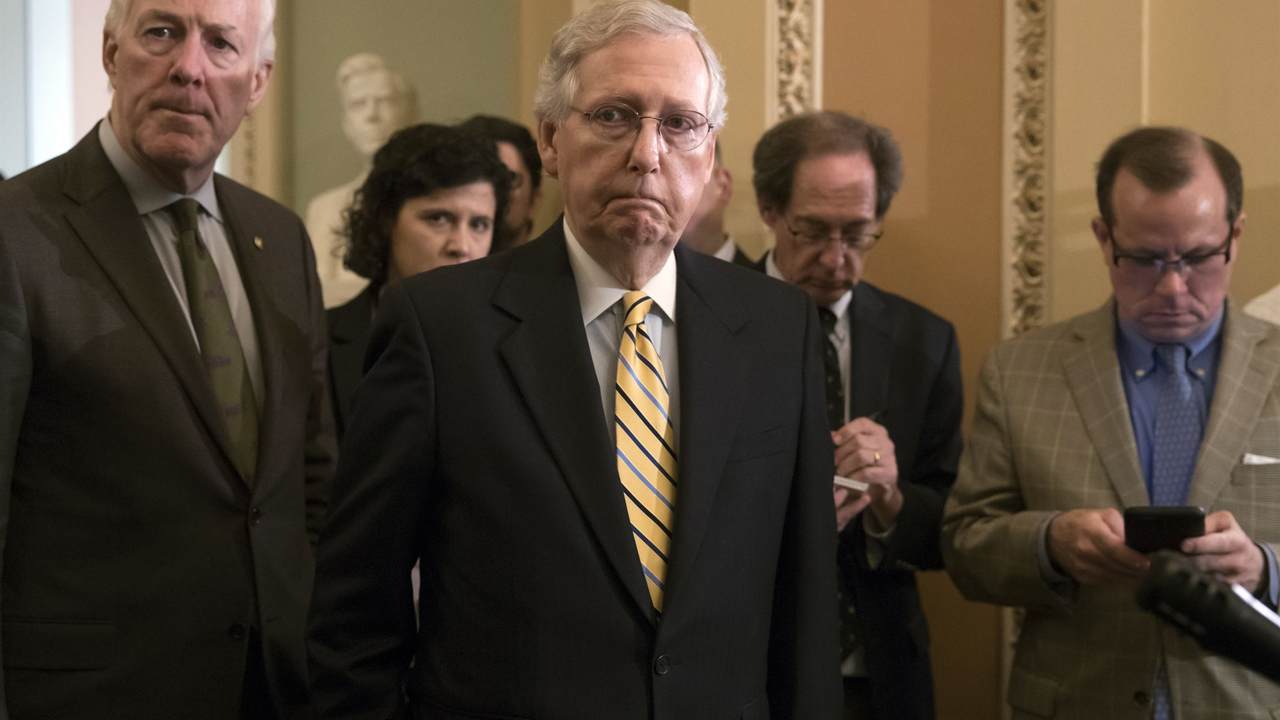 We're heading for the reef. Congressional Republicans decided to do something that jeopardized their 2022 midterm chances. Will it totally derail it? Probably not, but why on Earth would you screw around with guns and immigration when Joe Biden is leading his Democratic Party to ruin? In the words of James Carville, "when your opponent is drowning, throw the son of a bitch an anvil."

For Republicans, they don't have that killer instinct. They were sort of getting there with Trump. We still have too many of these guys who think they will be rewarded for compromising on core values of the GOP platform and for looking like they're vanguards for honor and service. No one gives a crap. When it comes to the Second Amendment, there are no deals. NONE. And of all agencies to get a boatload of cash, the FBI should be furthest down the list.

Now, the FBI will receive this cash because of the enhanced background check provisions in this grand bargain Senate Republicans hashed out with Democrats. For those under 21 purchasing long guns, the process might take a little longer. The review period is ten days as the federal government accesses juvenile records. The FBI will get $100 million dollars if this bill passes.

None of the items in this bill would have stopped the Uvalde shooter. It also incentivizes states to pass red flag laws. We have massive political winds to our backs, so let's declare war on veterans, who will be screwed by red flag laws, and other law-abiding citizens.

The FBI will get more money to maintain a background check system that allowed Dylan Roof to purchase a handgun which he used to commit a mass shooting in a black Baptist church in South Carolina. Devin Patrick Kelley, the Sutherland Springs shooter in Texas, was able to purchase a rifle that he used to kill at least 22 people because his domestic violence conviction, which resulted in jail time, was never submitted to the FBI. The shooter was an Air Force veteran. The Air Force admitted it never gave the Feds the updated paperwork about this guy. And in Uvalde, how did the shooter, Salvador Ramos, buy guns when his residence was that of his grandfather, who is not allowed to own firearms due to his past criminal history?

The FBI initially couldn't say that the 2017 shooting of the GOP congressional baseball team by a deranged leftist and Bernie Sanders supporter was an act of domestic terrorism. The whole bureau was leaking stuff all over the place during the 2016 election to the point where the DOJ inspector general couldn't pinpoint if any sensitive information was disclosed due to its frequency. The FBI really said initially that the terrorist who took hostages in a synagogue in Colleyville, Texas, wasn't targeting the Jewish community. Really? Synagogues are just randomly targeted. No one believed that line—and the FBI was rightfully mocked for it. And let's not forget the scores of American gymnasts who had their allegations of sexual abuse by Dr. Larry Nassar ignored.

The aftermath of the Uvalde shooting shows an abject failure by police to stop a school shooting. The timeline changed some 13 times, and we now know that cops were inside, they had the equipment, and the door to the classroom that Ramos holed himself up in wasn't locked. They waited for an hour while he just shot kids in that room. But yes, let's back a bill that will give federal law enforcement more power and the ability to strip gun rights from law-abiding Americans.

Ever since Lisa Page, Peter Strzok, and the 2016 election—this agency has become a political arm of the Democratic Party. They're corrupt. They're incompetent. And they need a good housecleaning before trust can be restored, especially after their failed plot to kidnap Michigan Gov. Gretchen Whitmer in 2020. Oh, yeah, the FBI's own informants set that up. It was weaponized to attack Trump, and the grand jury, in that case, returned a whopping zero indictments. Maybe that's because the FBI's fingerprints were all over the evidence.

Yep. We want to give these people $100 million.