After His Embarrassing Juneteenth Post, Bill Nye Should Cease Commenting About History 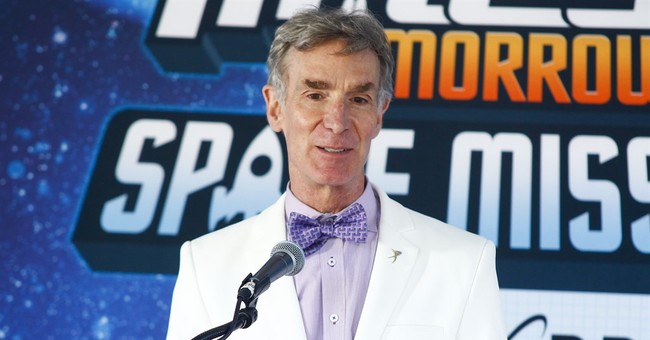 Bill Nye the Science Guy was a great show. It was a staple of after-school programming. It was informative. It was fun—and now the man has totally lost the plot. This isn’t a new story. It’s just that Bill Nye is not a go-to liberal on most issues. Maybe there’s a reason for that since his Juneteenth post on social media was cringeworthy. It’s a ‘woke’ holiday. It's the federal government’s latest day commemorating the emancipation of slaves in Texas on June 19, 1865. Again, it’s not really a new holiday. It’s been celebrated in parts of the country for years. Joe Biden just recognized it at the federal level.

It stemmed from Abraham Lincoln’s Emancipation Proclamation that declared all slaves in states rebelling against the union to be considered free people. It was a war measure. To ban slavery, a constitutional amendment was needed which Lincoln achieved with the passage of the Thirteenth Amendment. Nye appears to have not known that, thinking that Juneteenth was the day when all slaves were freed. And yes, Nye was dragged for the post (via Fox News):

"The United States we know today was built with the labor of enslaved Black Americans," he said on Sunday, June 19, which is federally recognized as Juneteenth.

With a pocket Constitution and a simple selfie, Nye added: "The last were not freed (officially) until 19 June 1865. Let us celebrate— and never forget."

While the date is symbolic of emancipation — and is often called a "Second Independence Day" — several states still permitted slavery to continue.

Several other users disagreed that the United States was exclusively built "with the labor of enslaved Black Americans" as Native Americans, as well as migrants from Europe, South and Central America, Africa, Australia and Asia also assisted in constructing the country.

Fox added that the border states still permitted slavery post-Emancipation Proclamation, including Delaware. Nye ate it on this one. At the same time, being a liberal, it’s not shocking that he screwed up this history lesson. The Left has zero sense of history. They’re illiterates when it comes to ours, instead opting to placate total frauds who peddle this 1619 Project and other Critical Race Theory nonsense. This is what happens when you dabble in fake history.