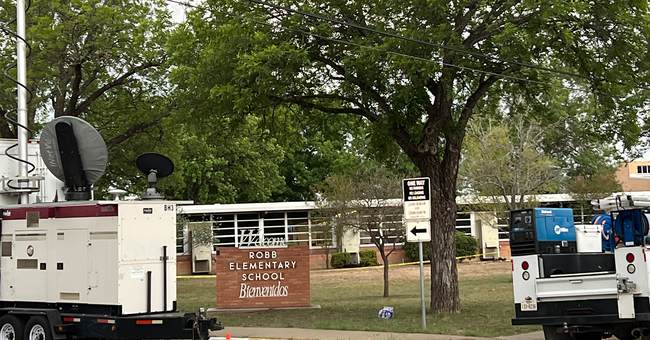 The horrific shooting in Uvalde, Texas has claimed the lives of 19 kids and two teachers. It’s an unimaginable tragedy. It’s the third-worst school shooting in American history. Salvador Ramos, 18, barged into Robb Elementary School Tuesday to commit this heinous crime. The country is shocked. This small border city is just devastated. Families have been wrecked. It’s an all-around tragedy that Democrats are trying to exploit to their fullest amid what could be a disastrous midterm election year. For one family, it has become worse. It’s already bad to lose one parent, but two in the same week is beyond devastating.

Joe Garcia, the husband of Irma Garcia, one of two teachers shot and killed in Uvalde, TX on Tuesday, has reportedly suffered a fatal heart attack. Joe and Irma were high school sweethearts and married 24 years. They leave behind four children. pic.twitter.com/Rlk0M2B8nR

Irma Garcia, a Robb teacher, was killed in the shooting. Now, two days later, her husband Joe suffered a fatal heart attack. They leave behind four children (via NY Post):

The grief-stricken husband of a fourth-grade teacher killed in the Uvalde, Texas, school massacre died of a heart attack just two days after the mass shooting, family said on Thursday.

Joe Garcia died in the aftermath of the Robb Elementary School shooting that killed 19 children and two teachers — including his wife of 24 years, Irma Garcia, her nephew said on Twitter.

“EXTREMELY heartbreaking and come with deep sorrow to say that my Tia Irma’s husband Joe Garcia has passed away due to grief,” the nephew said.

“i truly am at a loss for words for how we are all feeling, PLEASE PRAY FOR OUR FAMILY, God have mercy on us, this isn’t easy.”

Family members confirmed to Fox26 that the cause of death was a heart attack.

Absolutely horrible. He died hours after placing flowers at his wife’s memorial. They were high school sweethearts according to reports. There are no words.