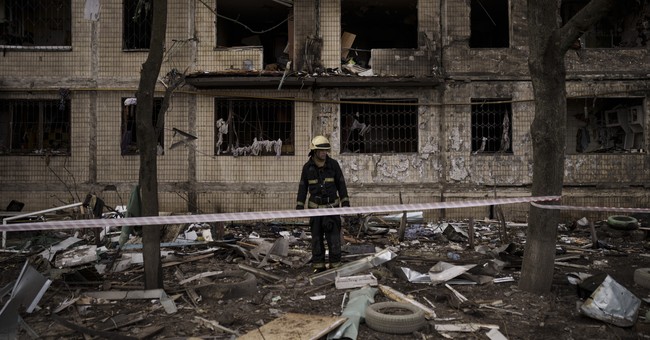 What is it with liberal reporters and their inability to be…normal? A Fox News videographer was killed in the Ukrainian capital of Kyiv—and some writer at The New Yorker magazine decided to give a wholly inappropriate and unneeded lecture about the outlet. It was reported yesterday that Pierre Zakrzewski was killed, which prompted Susan Glasser to tweet, “What a tragedy. A cameraman died covering the war for a TV network that airs a pro-Putin propagandist as its top-rated primetime host.”

Horrible news to report: Fox cameraman Pierre Zakrzewski was killed in the same attack that wounded correspondent Benjamin Hall. I worked with Pierre many times around the world. He was an absolute treasure. Sending our most heartfelt prayers to Pierre's wife and family.

What a tragedy. A cameraman died covering the war for a TV network that airs a pro-Putin propagandist as its top-rated primetime host. https://t.co/zKHXRciMYu

Did you tweet that from your nice digs in D.C. or Martha's Vineyard?

This is the man whose grave you’re spitting on pic.twitter.com/ftIceVhxZu

Time and place. The death of a wartime cameraman is not the time and place for this tweet.

Curt Schilling isn’t in the Hall of Fame because of less than this. pic.twitter.com/NWOWQGqV52

Lady, c’mon. Really? The first part about this is that Fox News lives rent-free in the minds of liberal America, especially its writing/reporting corps. They cannot stand that they get through to people whereas libs' snobby, condescending segments are only enjoyed by America’s liberal minority. Even former Congressman Joe Walsh, a staunch anti-Trump Republican, was like, ‘lady, take a chill pill.’ There’s a time and place—this wasn’t it.

Spencer wrote about Fox News reporter Benjamin Hall being injured in Kyiv. A former CNN correspondent Charles Jaco mocked the story, saying if it was determined that he was shot by Russian forces, would this be an incident of friendly fire. Of course, they’re just fanning the flames of idiocy. It is a lazy and unseemly swipe about the Russian collusion myth.

It circles back to what we’ve been saying for years now. they’re like this because they hate you. Act accordingly.