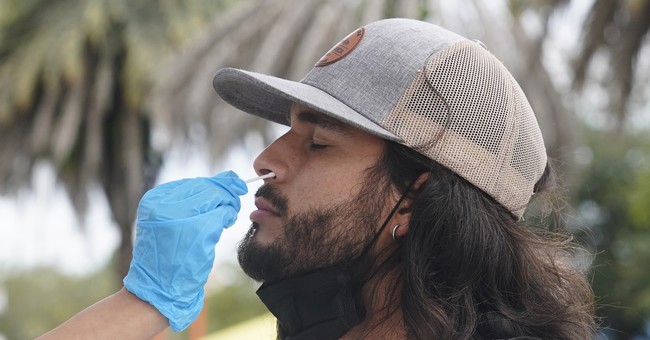 Australia has rightfully been criticized for its ‘COVID zero’ policy. It’s locked down the country. The borders were closed, and concentration-like camps were built. All of this to contain a virus with a 99-plus percent survival rate. The nation is now super-vaccinated as well, with every state having an 80 percent rate among those who are 16 years of age or older. That was the ticket to loosening the regulations. Still, ‘Australia has fallen’ still manages to make it into the trending topics on social media, with various clips showing how this nation has descended rapidly into authoritarianism to contain COVID. Number one-ranked tennis star Novak Djokovic was deported when he showed up to potentially win his 10th Australian Open. If you didn’t know any better, you’d thought this man had committed serial murders while in the land down under.  The Atlantic’s Conor Friedersdorf penned a piece that certainly got under many Aussies’ skins where he asked if we could even consider Australia a western democracy anymore given the stringent travel policy that mirrored that of North Korea than a representative government.

With Omicron now sweeping through the country, as it’s doing everywhere else, the government isn’t locking down. They’re allowing it to burn through. The new approach is the “let it rip” protocol. Given that Omicron is mild and the population is highly vaccinated, the outcomes aren’t as devastating pre-vaccine. That’s the logic. It’s certainly more level-headed than locking everyone back up again (via NBC News) [emphasis mine]:

The country had surpassed ambitious vaccine targets, meaning its rolling lockdowns could cease, both internal and international borders would reopen, and as Prime Minister Scott Morrison declared, it was now possible to “live with this virus.”

For much of the pandemic, Australia aimed for zero Covid cases, employing regular lockdowns (the country’s second-largest city, Melbourne, was in lockdown for more than 260 days) and extremely strict border policies. And it worked —  the nation’s Covid mortality rate has been among the lowest in the world.

But as the pandemic ground on, the government decided restrictions could start to be dramatically loosened when a state or territory vaccinated 80 percent of its over-16 population. All states and territories achieved this in the final months of last year.

Alexandra Martiniuk, a professor and epidemiologist at the University of Sydney, said the timing of Australia’s U-turn was not ideal.

“[Some states and territories] really got down to very few restrictions, just as there was the emergence of omicron. … Scientists, other experts and also some in the public were asking, ‘Hey, is this smart? We actually don’t know omicron well enough. Should we be doing this?’”  she said.

“We should have changed our plan when we saw omicron arrive. … We barged straight into a dark room without knowing what was in there.”

“Omicron is a beast. Every country is dealing with it, and it never would have been perfect [in Australia]. … But what we could have done is bend the curve — slow the number of people who got it,” Martiniuk says.

In the face of omicron, states and territories have reintroduced some limited Covid restrictions, such as mask mandates and banning singing and dancing at certain venues.

The one state to have dodged the omicron surge is Western Australia, which has maintained a hard border with other states and territories. It remains almost free of Covid, but has faced criticism for not allowing fellow Australians to enter, even for compassionate reasons.

“You’ve got two choices here: You can push through or you can lock down. We are for pushing through,” Morrison told reporters.

“It’s going to be tough. The whole pandemic has been tough and Australians have shown resilience, patience and determination. … The best possible medical advice is to push through.”

You must ignore the panic porn peddlers. Omicron is not Delta. It’s mild, though super contagious. Its incubation period is also less, and those who have been vaccinated will be fine. There’s no point to lockdown if the spike was that great. The same goes for any nation. Everyone is going to be exposed. It’s only a matter of time. It’s not a “beast” of a variant. Its death rate is nowhere near Delta, neither is the hospitalization rate. We have vaccines and therapeutics now. COVID is endemic, so this “living with the virus” approach is welcome news from Australia, though things could change quickly. The New York Times did a report on the risk assessment on Omicron and found that for those 65 years of age or older, this variant poses no greater risk than the seasonal flu:

Some of the clearest research on Covid’s risks comes from a team of British researchers led by Dr. Julia Hippisley-Cox of the University of Oxford. The team has created an online calculator that allows you to enter a person’s age, vaccination status, height and weight, as well as major Covid risk factors. (It’s based on an analysis of British patients, but its conclusions are relevant elsewhere.)

Those are meaningful risks. But they are not larger than many other risks older people face. In the 2019-20 flu season, about 1 out of every 138 Americans 65 and older who had flu symptoms died from them, according to the C.D.C.

The publication also said that Omicron is in retreat. Everyone needs to relax.