NPR: We're Standing By Our SCOTUS COVID Story Even Though Everyone Said It Was False 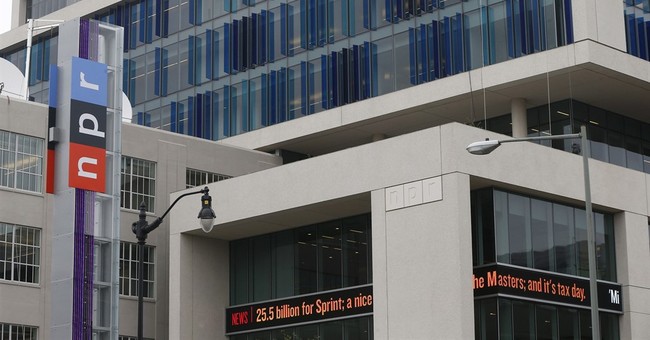 National Public Radio peddled total fake news about their SCOTUS mask story—and they're sticking by it. Why? I don't know. Every principal cited in the piece said the story was false. When they were called out for it, it was insinuated that the justices were lying. Yeah, typical liberal media arrogance at its finest.

"We can never be wrong; don't you know who we are?" That's been the attitude for years—and we do know. You guys are a corrupt circus act. I mean, it's total clown town here. This media fiasco occurred when NPR's Nina Totenberg wrote that Justice Sonia Sotomayor was forced to work remotely because Justice Neil Gorsuch refused to wear a mask. Sotomayor has diabetes and is certainly someone who would face serious medical issues should she contract COVID. All nine justices are vaccinated and boosted. All are tested regularly. Supposedly, Chief Justice John Roberts made a request as well, and Gorsuch refused. Here's the recap yet again (via NPR):

Sotomayor has diabetes, a condition that puts her at high risk for serious illness, or even death, from COVID-19. She has been the only justice to wear a mask on the bench since last fall when, amid a marked decline in COVID-19 cases, the justices resumed in-person arguments for the first time since the onset of the pandemic.

Now, though, the situation had changed with the omicron surge, and according to court sources, Sotomayor did not feel safe in close proximity to people who were unmasked. Chief Justice John Roberts, understanding that, in some form asked the other justices to mask up.

They all did. Except Gorsuch, who, as it happens, sits next to Sotomayor on the bench. His continued refusal since then has also meant that Sotomayor has not attended the justices' weekly conference in person, joining instead by telephone.

you're telling me these guys got something wrong? impossible. https://t.co/J2VVdxdKsT

MORE JUST IN on Maskgate, this time from the Chief Justice: “I did not request Justice Gorsuch or any other Justice to wear a mask on the bench.”

"Reporting that Justice Sotomayor asked Justice Gorsuch to wear a mask surprised us. It is false. While we may sometimes disagree about the law, we are warm colleagues and friends."

Justices Roberts, Sotomayor, and Gorsuch all said the story was false. So, in typical fashion, NPR said they were correct:

NPR stands by my reportinghttps://t.co/eEtiNgMQet

On Tuesday, NPR reported that Justice Sonia Sotomayor, a longtime diabetic, had indicated to Chief Justice John Roberts that because of the omicron surge, she did not feel safe being in a room with people who are unmasked, and that the chief justice "in some form asked the other justices to mask up."

On Wednesday, Sotomayor and Gorsuch issued a statement saying that she did not ask him to wear a mask. NPR's report did not say that she did. Then, the chief justice issued a statement saying he "did not request Justice Gorsuch or any other justice to wear a mask on the bench." The NPR report said the chief justice's ask to the justices had come "in some form."

NPR stands by its reporting.

We think the justices are liars. That's how far the liberal media will go to protect their own shoddy fake news mills. And NPR is not alone. CBS News ran a fake news attack on Florida Gov. Ron DeSantis, alleging a pay-to-play-like scheme concerning the rollout of the COVID vaccine involving Publix, a grocery chain that donated to DeSantis. That story lasted about ten minutes before it was shredded by facts. CBS News refused to retract their fake story and stood by their people. It's the same sick game. The good news is that everyone knows the liberal media is fraught with corrupt liars, and no one listens to them anyway.

So, here's another explicit case, guys. Three Supreme Court justices said NPR's story was not right, but NPR said they didn't care and are standing by their fake story anyway.