'Gas Up the Jet': Bernie Sanders Acolyte Urges Biden to Go to War with Manchin and Sinema 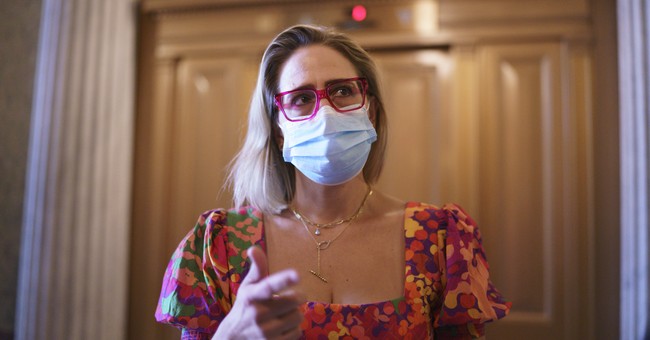 CNN is really having themselves a week. You have Don Lemon’s unhinged rant against the unvaccinated who are not really the problem anymore since both vaccinated and unvaccinated can both spread and contract the virus. It’s not a pandemic of the unvaccinated anymore. If it’s not about COVID, it’s about destroying Sens. Joe Manchin (D-WV) and Kyrsten Sinema (D-AZ) because they won’t cave to the progressive left’s demands. Both already signaled that they’re not going to bend on nuking the filibuster to pass the Democrats’ shoddy election bill. Manchin already killed Build Back Better. Nothing major is happening on the Hill this year as the midterms heat up. Bad job numbers, bad economic metrics, inflation through the roof, and Democrats shooting inside the ship—not good selling points to voters in an election year.

The Democrats’ anger over Sinema and Manchin being independent has boiled over, especially with the far left. Nina Turner, a former Ohio state senator, and Bernie Sanders acolyte went on CNN to rip the two senators for being “extremists” for not wanting to nuke the filibuster. Oh, and that Joe Biden should “take it to the streets.” Everyone who supports Sinema-Manchin and the filibuster is also extremist as well. It’s just beyond parody.

It’s a 50-50 Senate. That is a clear sign that you cannot push a Bolshevik agenda. You can’t take over all elections through legislation. You gave no mandate. The same goes with the House where Democrats have a four-seat majority. Democrats still don’t know how to govern and when they don’t get their way, everyone becomes an enemy of the state.

We have toddlers running the country.