The Brutal Reality About the Uyghurs in China: Salvation Is Not Coming 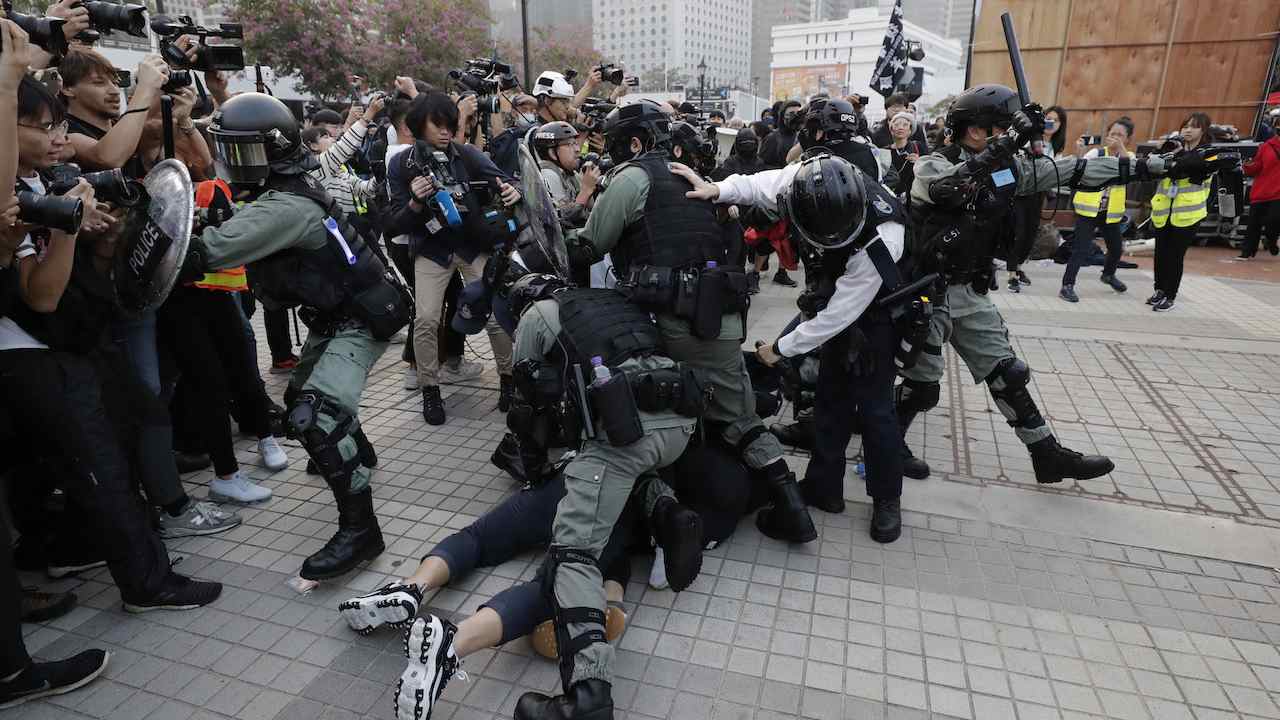 Whatever happened to the Uyghurs? Like "Stop Asian Hate," it evaporated into the ether. Okay, that's not exactly fair. The latter has certainly been vaporized as if nothing happened because most, if not all, the attackers in these hate crimes did not fit the liberal media narrative. Remember, white racist Trump supporters were attacking all these Asians during the COVID lockdowns. Well, they looked quite…nonwhite. That's all I'll say. With the Uyghurs, it's a cycle of horror, yelling, and then silence. Get used to it because that's all that will come of this social advocacy moment. China is arguably engaging in a high-tech genocide against the Muslim religious minority—and there really isn't much we can do about it with regards to stopping it outright. Nothing.

Sure, it provides some ammunition for conservatives to bash the uber-politically correct NBA for being cozy with China. Disney, which owns ESPN, got bashed for filming portions of their new live-action "Mulan" film near the concentration camps. Many zero in and highlight the hypocrisy, and then there's a deafening silence. Sure, there are posts here and there from human rights groups, but we need to get used to the fact that nothing is really going to happen here.

BBC has a good rundown on the situation:

Human rights groups believe China has detained more than one million Uyghurs against their will over the past few years in a large network of what the state calls "re-education camps", and sentenced hundreds of thousands to prison terms.

There is also evidence that Uyghurs are being used as forced labour and of women being forcibly sterilised. Some former camp detainees have also alleged they were tortured and sexually abused.

The US is among several countries to have accused China of committing genocide in Xinjiang. The leading human rights groups Amnesty and Human Rights Watch have published reports accusing China of crimes against humanity.

China denies all allegations of human rights abuses in Xinjiang, claiming its system of "re-education" camps are there to combat separatism and Islamist militancy in the region.

Who are the Uyghurs?

There are about 12 million Uyghurs, mostly Muslim, living in Xinjiang, which is officially known as the Xinjiang Uyghur Autonomous Region (XUAR).

The Uyghurs speak their own language, which is similar to Turkish, and see themselves as culturally and ethnically close to Central Asian nations. They make up less than half of the Xinjiang population.

Several countries, including the US, Canada and the Netherlands, have accused China of committing genocide - defined by international convention as the "intent to destroy, in whole or in part, a national, ethnical, racial or religious group".

The declarations follow reports that, as well as interning Uyghurs in camps, China has been forcibly mass sterilising Uyghur women to suppress the population, separating children from their families, and attempting to break the cultural traditions of the group.

Okay, so we declared that China is doing very, very bad things. That hasn't stopped major American companies and others from doing business. It's not going to stop either. China doesn't care about social media posts as they censor their Internet access. The NBA is a multi-billion-dollar operation. Boycotts will do nothing. China is a source of cheap labor. I'm not here to argue the merits of that or discuss how this nation manufacturing everything from iPhones to COVID gear is an issue. On a purely economic basis, it's a nation with over a billion people, an endless source of manpower to make goods fast and cheap. Also, it's a nation with a ton of potential customers. Oh, and it's also a nation with nuclear weapons and a massive military. It's a regional power, so unless we're carpet bombing or nuking China to stop the genocide—nothing will change.

This is a proud ethnocentric nation as well. They're not going to listen to the western world, especially when they have most of us by the cajones economically. They need us, and we need them—and I'll bet heavily that we're not going to blow that up over the Uyghurs.

The purpose of a state is to survive in the anarchic world of international relations. It's not "survive only within the parameters of honoring human rights." It looks great on paper; you all know this. We did nothing to stop the genocide in Rwanda. We sold arms to Indonesia's Suharto before his brutal and arguably genocidal war in East Timor in the 1970s. We said "never again" regarding the genocide in Europe after the Holocaust. Wrong. It happened again in the Balkans in the 1990s. The 1999 Kosovo War was another half-measure to stop the violence since it was almost entirely an air campaign. No ground troops, especially from America, as Bill Clinton was engulfed in the Monica Lewinsky scandal. It would have looked like Slick Willy was engaging in a military operation to distract the American public—which coincidentally served as the plot for the 1998 comedy "Wag the Dog."

With a huge army and nukes, no humanitarian intervention force is happening. There won't be an air campaign. There won't be sanctions. So, who else is there besides Hollywood hypocrites and a few NGOs? It's a cold assessment, but salvation isn't coming for the Uyghurs. This cause is classic all talk, no action, and we have enough of that here in Washington.

You can't save everyone—and there is no relief coming for these people in any way, shape, or form in the near future.