ICYMI: Here's The Most Insane Two-Minute Segment MSNBC Had on the Kyle Rittenhouse Case 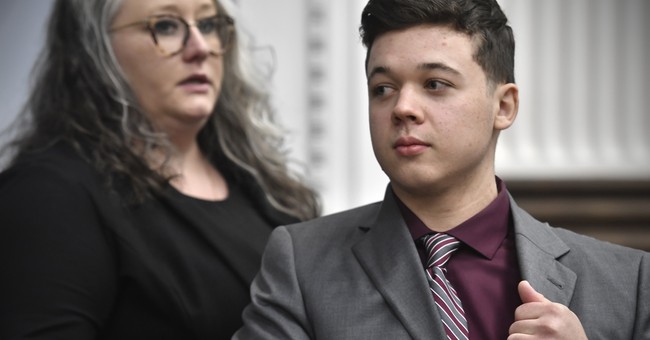 Sit down, grab a drink, and just listen to this insanity that can only find its home on MSNBC. Last Friday, the jury finally delivered a verdict on the Kyle Rittenhouse trial. He was found not guilty on all counts. He's a free man, a patriot, and a hero for gun rights and the right to self-defense. The latter really wasn't our doing per se. The left just attacked him so much with vicious lies that we have no choice but to declare this man a hero. Why? Well, above all else, it triggers the left. Second, he did nothing wrong. Nothing. Three white thugs tried to kill him during the riots in Kenosha, Wisconsin, last summer. He defended himself with a legally possessed AR-15 rifle. Rittenhouse killed two of his attackers. One of them was a rapist and a wife-beater. The other was a pedophile. The third assailant, Gaige Grosskreutz, admitted that he was only shot when he pointed his gun at Rittenhouse. Oh, and all these guys were white.

I say that last fact because we appear to have a serious communications malfunction with our sucky liberal neighbors who seem to think that Rittenhouse killed two black guys in this incident. Rittenhouse killed ZERO black people, so the "all-white" jury claims we see in the liberal media coverage mean absolute jack. A white guy defended himself after being attacked by…three other white guys. The Kenosha riots were sparked in the aftermath of the officer-involved shooting of Jacob Blake. Blake was armed with a knife and another outstanding citizen with a rap sheet that stretched to the Canadian border. Did we also forget to mention that Jacob Blake is still alive? Liberal reporters and celebrities, who apparently didn't follow the case, the trial, or know anything about this entire event, falsely said that Blake was dead. He's very much alive.

Yet, now that liberals look insane by thinking that Rittenhouse supposedly murdered imaginary black people, the new goalpost from Brittany Cooper of Rutgers University is that "there have always been white victims of white supremacy."

"There have always been white victims of white supremacy." pic.twitter.com/5jo37cRrFT

Yeah, take the "L," lady. And that remark isn't the most insane pile of garbage she spewed in that two-minute time frame. Facts don't matter; only the narrative does. We all know this, but this was probably the most recent and explicit example of the left just willingly ignoring the facts and spreading misinformation to make themselves feel better since Russian collusion.