It Was a 'Bloodbath' for Democrats Last Night...And the Liberal Media Couldn't Handle It 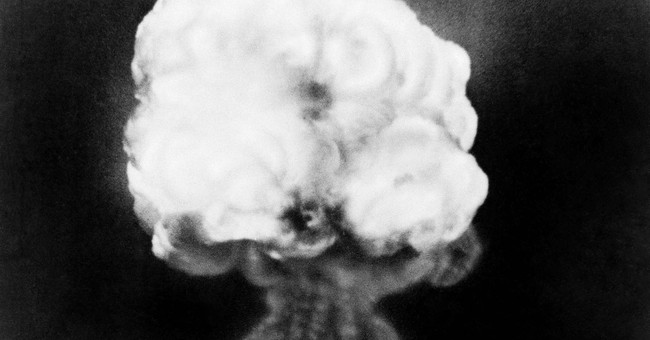 Oh, my sweet Jesus, it’s magic. Just as Virginia looked hopeless—Glenn Youngkin saves the day. The gubernatorial candidate bested Democrat Terry McAuliffe in yesterday’s elections in the Old Dominion. The GOP dominated the state, clinching all three statewide officed. Youngkin clinched the governor’s win. Jason Miyares is our new attorney general. And Winsome Sears is our lieutenant governor. She’s the first black woman to occupy the office. The House of Delegates also flipped 51-49. Pour one out for Michael Bloomberg, folks. His gun control push is dead, but it was made comfortable before a decision was made.

Democrats should use this as a moment of reflection. What went wrong? We know what went wrong. It’s not hard. In fact, Democrats could easily turn the ship around and mount a comeback. First and foremost, never go to war with parents—ever. Second, you’re almost assured political destruction when you also go to war with middle-class white women and what they support. The swings seen in the 2021 elections show that this is a nation that is not on board with the Democratic Party. Turnout was high in Virginia as well, shattering the myth that high turnout elections are guaranteed wins for Democrats.

A reminder that the Virginia Department of Education website explicitly mentions Critical Race Theory as part of a best practice for establishing a curriculum: https://t.co/Ysrn0Ek4qH https://t.co/XsR7w9qpx0

JOY REID: Education "is code for 'white parents don't like the idea about teaching about race.'" pic.twitter.com/uiuvXQsJsU

Characteristically trenchant analysis of the VA election from Joy Reid: the main issue was [scare quotes] education, “which is code for white parents don’t like the idea of teaching about race.” If Democrats like losing, they should listen to her. #VAgov pic.twitter.com/ArOqIGmKju

VAN JONES: "The only people talking about 'defund the police' now are Republicans weaponizing the slogan." pic.twitter.com/5PBSh5g95b

Larry Sabato: "It's a bloodbath." pic.twitter.com/baLJlcr74D

Jake Tapper is absolutely shocked to see some of these results.

They just can’t help themselves pic.twitter.com/kUS4A7cZEe

Well, looks like MSNBC is sticking to the narrative that "critical race theory isn't real" and "voters are racist." Good luck with that! ??

Instead, the liberal media has gone on a rampage with all the usual fixings. It’s a 'woke' Thanksgiving buffet that would send any sane American voter into a coma from idiocy. It’s white supremacy. MSNBC did its best to calm liberal America, with Joy Reid declaring the GOP a national security risk. She also said that education is code for white people who don’t want to teach their kids history. My eyes cannot roll hard enough. Nicole Wallace went on some tangent about how Critical Race Theory isn’t real, lamenting about the massive GOP swings in Virginia (via Fox News):

Critics of Youngkin have tried to tie him to former President Donald Trump and dismiss widespread education-related concerns of parents in the state but Wallace, the GOP flack turned fanatically liberal pundit, managed to do both in one partisan rant.

"He worshipped at the altar of Donald Trump… he did not really put much distance between himself and Donald Trump on the big lie or the deadly insurrection," Wallace said. "So, I think that the real ominous thing, is that critical race theory, which isn’t real, turned the suburbs 15 points to the Trump-insurrection-endorsed Republican."

Yeah, even NBC News reporters noted that Youngkin was decidedly not Trump, which is why that McAuliffe attack line never stuck:

This is basically Glenn Youngkin's stump speech. If you actually listen and hear how little it sounds like [insert MAGA politician], it's not hard to see why people had trouble believing he was basically Trump.

This will likely continue into the day. We’ll have more for you later.

UPDATE: I forgot one.

Meanwhile MSNBC is blaming the jews for Murphy lagging pic.twitter.com/BPg09hpBww