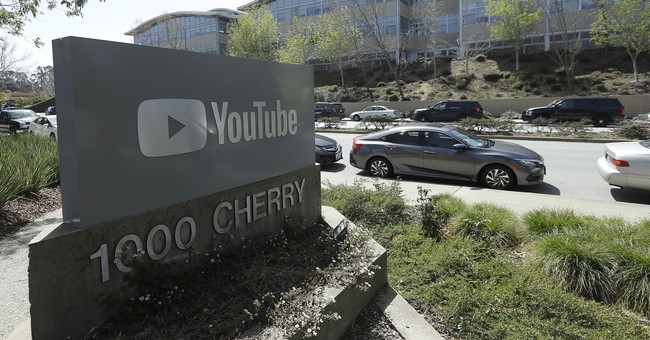 The Left has been obsessed with one issue that has led to a slew of economic policies that are guaranteed to fail. Not only fail but crash the economy as well. It’s not a secret. It’s trillions of dollars sacrificed. The number of families negatively impacted by this agenda is immeasurable. The fight to combat so-called global warming has been around for years, but while some might have reasoned approaches to live more sustainably—the overwhelming consensus is that wrecking the US economy and installing full-blown socialism is what’s required.

It’s not an accident that Rep. Alexandria Ocasio-Cortez (D-NY) is the one who drafted what seems to be the final blueprint for what these people want to do. At its core, the Green New Deal bans the internal combustion engine. That’s it for us as an economic power. For those who wondered why so many of these people talk about controlling the means of production when it comes to the weather—well, here you go. It’s not about global warming. It’s about more government control. And now, voicing a contrary opinion about the data can end up with your material being banned from monetization on big tech platforms (via Axios):

Google and YouTube on Thursday announced a new policy that prohibits climate deniers from being able to monetize their content on its platforms via ads or creator payments.

Why it matters: It's one of the most aggressive measures any major tech platform has taken to combat climate change misinformation.

Details: Google advertisers and publishers, as well as YouTube creators, will be prohibited from making ad revenue off content that contradicts "well-established scientific consensus around the existence and causes of climate change," the company's ads team said in a statement.

Ads and monetization will still be allowed to run alongside other climate-related topics, like public debates on climate policy, impacts of climate change, and new research around the issue.

Google said it's making these changes in response to frustration from advertisers and content creators about their messages appearing alongside climate denialism.

I mean, suck it up, buttercup. An ad has one with a contrary opinion. Yeah, so what? This is America. It’s not an outright ban, as you can still post videos voicing skepticism, but don’t expect to make any cash from it. For those who make their living from YouTube, why even bother, right? Arguably, it’s a soft ban. Who wants to post content that could lead to such issues? And the sick part is, there’s nothing wrong with voicing skepticism. We’re not talking about something that truly goes against facts and reality, like Holocaust denialism. Science is about questioning theories. It’s why you do experiments to examine and maybe reexamine hypotheses. Asking questions about climate change is now worthy of a monetization ban because some green warriors were unhappy that there were some ads that blew holes through their narrative?

There are questions that should be examined. And the fact that bans were being slapped for asking them shows that the Left doesn’t want a debate. These people claim to be the party of science. Shouldn’t they know that science is never settled? It does evolve—and sometimes, it doesn’t run commensurate with their far-left agenda.