Did Jay Leno Suggest Comedians Surrender to the Woke Mob? 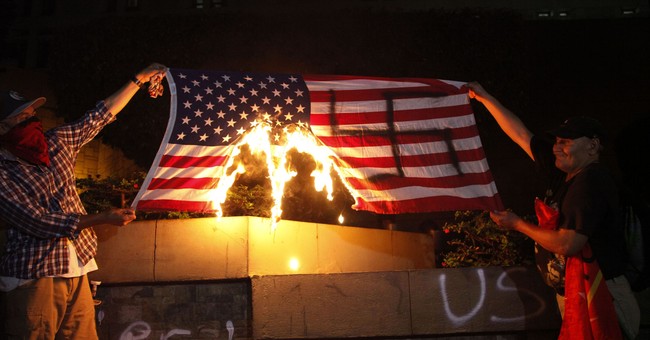 Jay Leno, why did you do this? Why? It’s unnecessary. It only fanned the flames of the many fires set by the ‘woke’ mob. It’s usually over nothing. Not everyone is insane. Not everyone is unhinged like those featured on the ‘Libs of Tik Tok’ account on Twitter. Mr. Leno, you’re worth millions. You saved every penny of your Tonight Show salary. Yes, he’s done that. Leno often would save these big paychecks and live off his stand-up gigs. It’s smart—it also makes him impervious to cancellation by liberal America. So what if liberals didn’t like his past jokes? He’s Leno. He’s already rich. Too many people know his name. He still draws a crowd. It’s not even a contest. Still, Leno decided to weigh in on the whole comedy and woke crybabies debate and said that comedians should pretty much surrender to these deranged psychopaths (via NY Post):

“I think it’s like any other thing, you either change or die,” Leno, 71, said on the latest episode of the People Every Day podcast about the era of cancel culture.

The comedian has been on the receiving end of cancel culture when he was criticized for his history of racist jokes about Asian-Americans.

During the podcast interview, the “Tonight Show” alum also explained his metamorphosis in the comedy industry and likened the change to being an athlete. “In football, you have certain rules. And when the rules change, if you don’t conform to them, you’re out of the game,” he said.

He then confessed that in the past, comedians could make sexist, racist and homophobic jokes without much consequence.

“Now, everybody has a voice. You have to change the material to the times you live in,” Leno admitted. “My attitude is, ‘Look, these are the new rules. You want to adapt. If you don’t, fine. Don’t get up and tell jokes then.’ “

The “Jay Leno’s Garage” host apologized for his racist comments about people of Asian descent in March.

I didn’t even know about this apology until now…and all I have is Asian blood coursing through my veins.  I don’t care. There’s no need to apologize either. Stop! Don’t ever cave to the mob—ever. And the football analogy is trash as well. You still can’t commit pass interference, there’s still offsides, there’s still neutral zone infractions, and there are still first downs. What rules have changed? No more horse-collar tackles. Uh, you can still tackle, Jay? It would be another thing if the rule were changed to two-hand touch, but it hasn’t. Football is still a brutal and violent sport that requires physical and mental toughness. The average career is only two seasons, so please—the game hasn’t changed in terms of athleticism and physicality.

When it comes to dealing with the woke regime on anything and political corrections, young comedians should listen to Bill Maher and not Leno. I also think his Asian jokes would probably be funny as well. Everyone needs to relax, and it doesn’t help that Jay Leno pretty much rubber-stamped cancel culture here or at least kowtowing to it. Again, who does he care? He’s already loaded. Is the guy bored being away from the late-night desk already?

Never cave to these people—double-down if anything.