With the Nation Neck-Deep in Crisis, Are We Shocked that Pelosi Had a Marie Antoinette Moment in Napa 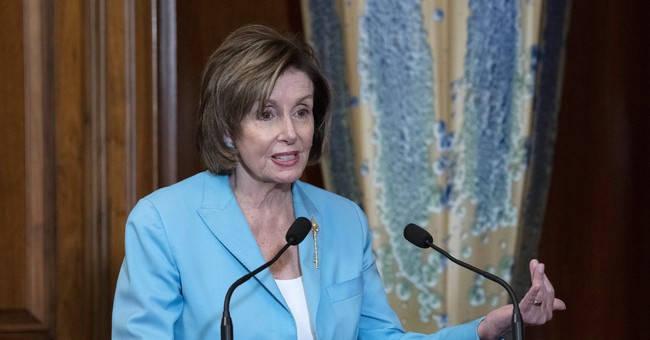 We have a border crisis, more confusion on COVID, rising inflation, and anemic job reports, but House Speaker Nancy Pelosi just had to have her bougie fundraiser in Napa. It’s a classic Marie Antoinette moment. Also, no one was wearing masks. We’ve come full circle on the COVID arc here. Napa is also where California Gov. Gavin Newsom landed in hot water for having dinner with friends, including members of the medical community, with no masks or social distancing. He was caught doing this at the height of the pandemic. It was the catalyst for the recall effort that’s now underway. But this picture has an even worse background.

Afghanistan has fallen to the Taliban. We have thousands of Americans still trapped in the country. We have no plan to get them out. Okay—maybe we do, but the Biden White House isn’t sharing. Does he even know what’s going on? Americans are being beaten by the Taliban. It’s not safe to venture out. Now, we have ISIS and al-Qaeda in the area. Kabul is in total chaos. People desperate to flee are dying, getting crushed or succumbing to dehydration. And what do the Democrats do—they’re having fundraisers. It must be nice to be part of America’s ruling elite (via NY Post):

A clip of the close-quartered fund-raiser was posted on Facebook by Democratic Party donor and winemaker Kathryn Walt Hall — and promptly blasted out on Twitter.

The footage appeared to show dozens of unmasked people seated elbow to elbow at long luncheon tables as Pelosi gave a speech and masked waiters ambled between the listeners.

According to the CDC, Napa County in California is a coronavirus hot spot, garnering the designation of “high” for its current level of transmission. “High” is the most worrisome designation.

The DCCC is the campaign arm of Pelosi’s House Democratic caucus. Tickets for the fundraiser shown in the photos sold for $100 to $29,000, according to New York Times reporter Kenneth Vogel.

Democrats don't care about the crises they've created and what they mean for you and your family...

Your kindergartener has to wear a mask, but it's a different story for the permanent ruling class. https://t.co/TcNb0hLTyv

This appears to be a video of @SpeakerPelosi talking to donors at the @dccc retreat this weekend in Napa. pic.twitter.com/YsqRvM16ex

The white people are all free to breath without a mask.

The people of color must wear masks - and serve.

Stop voting for Democrats…they are laughing at how easy you are to manipulate. https://t.co/eJZDdVvZMr

Again, I get the COVID hypocrisy angle, but we’re drowning in crisis here and these people would rather eat cake. Americans are trapped. Their lives are in danger. And the third most powerful person in the country would rather wine and dine in Napa.

Democrats don’t know how to govern.