Did Joe Biden Really Just Say That About Andrew Cuomo? 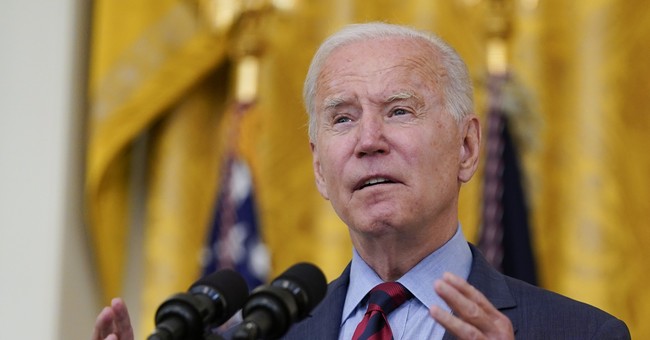 He didn’t say that, did he? President Joe Biden was asked about the resignation of New York Gov. Andrew Cuomo yesterday, who was finally undone by his sexual harassment scandal. The New York attorney general’s report was damning. It led to prominent Democrats finally throwing the New York liberal under the bus. He had served his purpose. The irony is that Cuomo is being forced out by the wrong scandal. The NY AG’s office also cited Cuomo’s executive order on nursing homes as a policy that spread COVID that killed thousands of the elderly. Cuomo’s office also tried to bury the death rates, undercounting nursing home COVID deaths by half. That’s the true scandal, not saying that this campaign of serial sexual harassment was terrible, it was—but mountains of dead bodies were created because of this guy. And he got away with it.

Yet, while Biden called for Cuomo’s resignation, he did say it was sad for him to go because he did a “helluva job” as governor. He may have groped tons of women and signed an order that led to thousands of deaths, but he was good on infrastructure.

Biden says that Andrew Cuomo "has done a hell of a job" as a governor apart from his personal behavior.

"That's why it's so sad." pic.twitter.com/bLHolMNb3z

Biden spars with CNN Chief White House Correspondent Kaitlan Collins over whether it's possible to separate Governor Cuomo's personal behavior from his legacy as a Governor. pic.twitter.com/MNBSPab569

The New York Post had a great front-page story, noting that Cuomo’s exit signals an “end of his grope” (via NY Post):

“I think that given the circumstances, the best way I can help now is if I step aside,” Cuomo said from his Midtown office, telling New Yorkers that he would step down because of the time and toll a previously promised fight to stay in office would take.

Cuomo’s resignation marks an ignominious end to the Democrat’s three-term run as governor, the same number of terms to which his late father — Gov. Mario Cuomo, whom the younger Cuomo idolized — was elected.

By resigning before his term ends, Andrew Cuomo will not match the three full terms as governor that the family patriarch served.

“This is one of the most challenging times for government in a generation,” said the outgoing governor. “Government really needs to function today, government needs to perform. It is a matter of life and death.”

“Wasting energy on distractions is the last thing [the] state government should be doing.”

The impeachment fight, he said, would “consume government.”

“It will cost the taxpayers millions of dollars,” he went on. “It will brutalize people.”

So, does he have to give the Emmy back, too?

Well, Cuomo and his goons know a thing or two about brutalizing people. Aides and journalists have come forward about the bullying and thug-like treatment they were subjected to over the years. That’s on top of the unwanted touching. That’s some statement there, Joe. Hey, the guy may be a sexual predator, but he sure knows how to maintain roads and bridges. I would hope the White House staff cringed during this exchange. The man is simply aloof.