Another One? Democratic Senator Revealed to Be Member of Another Mostly White Establishment 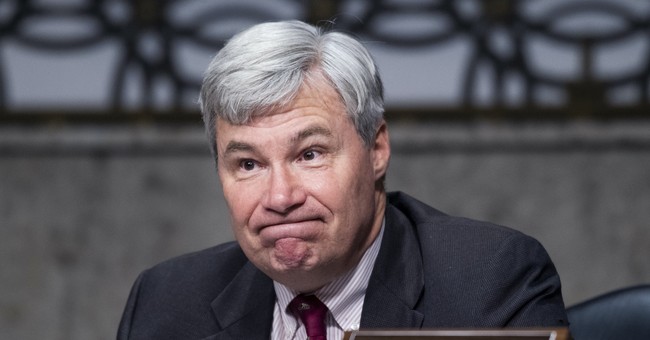 So, Sen. Sheldon Whitehouse's (D-RI) safe spaces appear to be predominately occupied by white folks. Okay, maybe safe space is too much, but he got himself into public relations trouble when he was asked about his membership to an all-white beach club. He brushed it off, saying it was a long-standing tradition, which sort of sounds like something a Klan member would say. Look, this really wouldn't be such a big deal if his party wasn't the diversity Gestapo.

SHELDON WHITEHOUSE, his wife & their families have been members of an all-white private beach club for decades.

“It’s a long tradition in Rhode Island & there are many of them & I think we just need to work our way through the issues,” @SenWhitehouse said https://t.co/EA7rnkRiAX pic.twitter.com/gwaphKBYWq

These people bean count how many LGBT, Blacks, Jews, Asians, women, and Muslims are in each space, and if it meets the woke criterion, they enter. It's quite an exhausting way to live life, huh?

The Democratic Party is rapidly becoming the pro-crime and "bash white people" party. So, yeah—this is an issue for people of Whitehouse's political persuasion. And just after the beach club revelation, we find out that he's part of a yacht club that's pretty much all-white as well. Whitehouse cleared up some things about the beach club. He's not a member per se, but his family is—which is a distinction without a difference among liberal circles (via Fox News):

The sailing club is distinct from Bailey’s Beach Club, an elite Rhode Island organization that allegedly is predominantly White and to which he has been previously linked. In a statement to Fox News, Whitehouse he is not a member of the beach club, though his family is and they will remain so.

"While I am not a member of the beach club, I do own a boat and belong to a sailing club in Newport.  While this club does not have exclusionary rules for membership, it does lack diversity," the Rhode Island Democrat revealed in a statement to Fox News. "Failing to address the sailing club’s lack of diversity is squarely on me, and something for which I am sorry.  I commit to working with the club and the community to build a more inclusive membership and to better connect with the local community."

Whitehouse did not name the sailing club, but the Ida Lewis Yacht Club of Newport, Rhode Island confirmed to Fox News that the senator is a member there. And it seems that while Whitehouse says he is now committing to work on enhancing the club's diversity, he and his family have been associated with the club for quite some time.

Now, let’s be real. This isn't going to clip Whitehouse. It will be fun to drag him over this, so enjoy it while it lasts. As Guy noted, if Ralph Northam could survive a blackface fiasco, which is a million times worse than this, then "Sheldon Whiteclub" is going to be fine, sadly. It's just how things go when you're a Democrat. You can get away with almost anything as long as no one dies, and even then, a miracle can happen. Sen. Ted Kennedy understood that.

They didn’t get rid of Gov. Blackface.