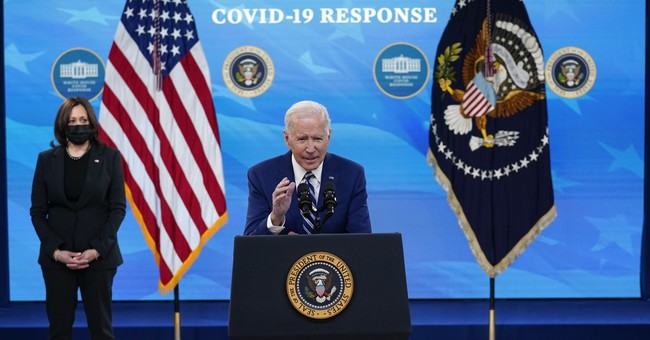 Joe Biden is meeting with members of the G-7 right now. It’s his first presidential trip abroad. It will be described as a turning point in US-world relations. Trump lost so America is good again or something. Oh, and we’re also leading, except in the Middle East where Biden was AWOL. I mean, NBC News’ story on it pretty much sums up how liberal America will view this trip:

The first foreign trip of Joe Biden's presidency will be far more than a few smiling photo ops and well-manicured communiqués.

Many see his attendance at the Group of Seven summit and then the NATO summit over the next week as a one-shot chance: not just to help fix relations with Washington's bruised allies, but also to reassert the faltering influence of the U.S. and the West itself.

The visit will also be shadowed by questions about whether Biden, for all his trans-Atlantic experience, is actually more focused on the rising competitor in Beijing than in old Cold War allies across the pond.

"After four tumultuous years of Trump, the Europeans have now got the U.S. leadership they always dreamed of," said Fabrice Pothier, NATO's former head of policy planning. "Except now the story has moved on."

PBS’s @Yamiche: "I have been told by experts” that it “might take several election cycles” before Europeans like America as much as they did before Trump pic.twitter.com/UjwguU8PLH

Yeah, Trump was mean or something and the damage he did might take multiple cycles to fix in Europe. Experts are saying that, meaning no one. Yet is Biden doing ok there? From what has been trickling in, he’s allegedly having trouble keeping up with everyone. He’s reportedly not as attentive as Trump—and not even flashcards can save him.

We’ll see if anything comes of that angle. What is true is that this was a rough week for the Democratic Party. They can thank Kamala Harris for kicking it off with a puzzling response regarding why she hasn’t been to the border despite being tasked by Biden to be the point person in the issue. You already know the answer: they don’t care. But Harris, when pressed about her absence, said she also hadn’t been to Europe either. The May jobs report also missed the mark. Inflation is rising. The border is still a mess. They can’t pass their ‘make it easier to steal elections’ bill, aka HR 1, thanks to Joe Manchin and it doesn’t seem like they have the votes to do a Democrat-only infrastructure bill via reconciliation.

Why are folks shocked that the person who bragged about being a “top tier candidate” right before tanking in the polls is now not doing well with media appearances?pic.twitter.com/a6boVin2I0

Shaheen on Dems going it-alone via budget reconciliation to pass infrastructure plan: "Right now, we don't have the votes to do that." pic.twitter.com/D9z1XnJLoL

Yeah, if I were Joe Biden, I’d tune out too if that’s what’s going on right now.