Why Progressives Are Mad at Biden Again...This Time Over Immigration Court Appointees 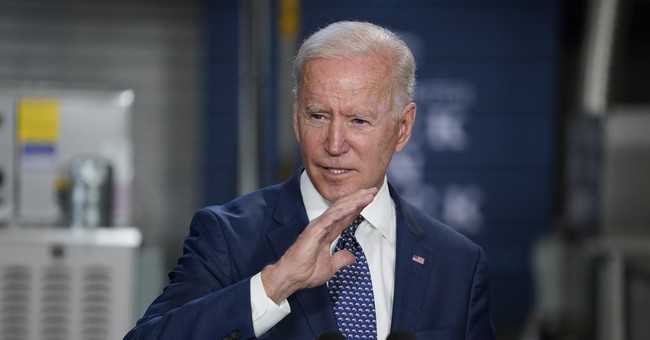 Joe Biden tried to quietly keep a Trump-era immigration policy in place concerning caps on refugees. The progressive Left threw a fit. Yet, it’s one of a couple of areas where the Biden people have tacitly given credit to the previous administration. They agree that nixing the Trump SALT caps would be a giveaway to the wealthy in predominantly blue states and are working to makes the middle-class tax cuts in the 2017 tax relief package permanent. At any rate, Biden caved on the caps for refugees and now the Left is angered by the latest move from this administration concerning filling vacancies on an immigration court (via The Hill):

The Biden team has hired a slate of immigration judges initially selected during the Trump era, angering advocates who argue the White House is already failing to deliver in its pledge to push back against the prior administration's shaping of the judiciary.

The first 17 hires to the court system responsible for determining whether migrants get to remain in the country is filled with former prosecutors and counselors for Immigration and Customs Enforcement (ICE) as well as a few picks with little immigration experience.

Almost none have made their career representing migrants in court.

“The 17 new immigration judges referenced in the notice all received their conditional offers under the prior administration,” a Justice Department spokesperson told The Hill.

Critics said the Biden administration has an obligation to fully vet the judges hired under their watch and rebalance a court system heavily shaped by the Trump team.

It’s also a surprising move for a president that has otherwise sought to quickly reverse a number of Trump immigration policies while calling for a more humane response to migration.

Under the Trump administration, the Justice Department, which oversees the immigration court system, filled roughly two-thirds of the 520 seats on the bench, often picking those with long careers in ICE who argue in favor of deporting people.

I don’t think the Biden crew will reverse course on this one and the progressive Left is just going to have to accept it. That’s not to say that the Biden administration is still garbage on border policy it is—but given the circumstances, I’ll take little victories when I can, especially when it gets the far left riled up. But bigger fights are ahead.