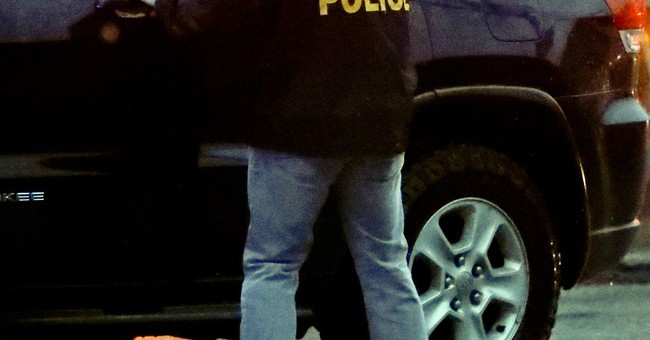 President Joe Biden is launching a phantom crusade against so-called ghost guns. They don’t exist. It sounds like something from Star Wars, but never count Democrats out for inventing stuff out of thin air. Regardless, the Biden Administration is tasking the Bureau of Alcohol, Tobacco, Firearms, and Explosives for tweaking the current federal statutes to curb gun rights for law-abiding Americans. That’s always the byproduct of any lefty anti-gun push. And now, The Reload has obtained a 100-page copy of the proposed rules the ATF is poised to enact. The Reload is the current outfit for Stephen Gutowski, who was formerly with the Washington Free Beacon as their firearms reporter. For now, it looks like the Biden folks are working to tweak the meaning of a firearm receiver:

The document reworks and broadens the definition of what parts constitute a regulated firearm receiver. It then says any unfinished part that “may readily be converted” into a receiver must be treated as a receiver and requires sellers to obtain federal licenses, mark the unfinished parts with serial numbers, and perform background checks on buyers. The proposal provides only subjective standards for what makes an unfinished part “readily” convertible into a finished firearm but provides footnotes to court cases where the term has been applied. One court example included in the document said a part completed in “around an eight-hour working day in a properly equipped machine shop” was considered “readily” convertible. The only example of a ruling defining when a part is not “readily” convertible involved a process that “required [a] master gunsmith in a gun shop and $65,000 worth of equipment and tools.”

The examples provided in the document show the proposed rule would likely outlaw the sale of any unfinished receiver, especially when included in a kit with other parts and instructions or tools needed to complete the part. That’s because most unfinished parts sold in America today, including so-called 80% AR-15 lowers, can be finished at home in a few hours with commonly available tools like drill presses and compact mills.

The ATF said in the proposal it expects the rule will have a “significant impact” on companies currently selling unfinished receivers, but it expects them to adapt to the new rule.

The full proposal won’t be made public for another two weeks, and details could change between now and then. However, the draft is in line with comments made by President Biden when he directed the DOJ to make new rules outlawing the sale of so-called ghost gun kits on April 8.

“I want to see these kits treated as firearms under the Gun Control Act, which is going to require that the seller and manufacturers make the key parts with serial numbers and run background checks on the buyers when they walk in to buy that package,” Biden said in a speech at the White House.

The document also proposes the creation of a definition for “privately made firearms,” which would apply to any gun without a serial number made by somebody who doesn’t have a federal gun-making license. Making guns at home for personal use with devices like 3D printers will not be affected by the definition. However, any privately made firearm sold to a licensed gun dealer would be required to be permanently marked with a serial number by the dealer before it could be sold.

This is bound to be one of the many salvos fired by this administration on gun control. It’s not a gun grab per se—but always keep an eye out when Democrats start talking about firearms, ghost guns, and other made-up terms. For example, Biden again has called for the elimination of so-called assault weapons and high-capacity magazines, the latter of which would be an essential ban of most firearms, including handguns, that are commonly owned by civilians.