Notice the Sign Featured in the Brawl That Erupted at Miami International Airport? It's...Very Appropriate. 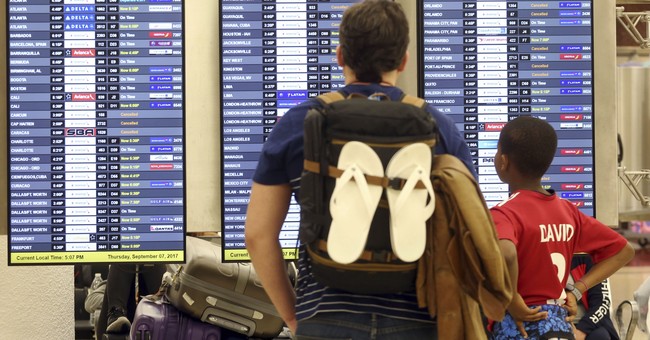 There was just one arrest from this brawl? Really? If you haven’t seen it, there was a massive brawl at Miami International Airport over the weekend that was something out of Fight Club. How did it happen? We don’t know. All we know is that this brawl was pretty intense. It was so harrowing that bystanders did nothing, but shout stuff like “don’t get into trouble,” “relax,” and “stop.” It didn’t quell the violence. What makes this incident of fisticuffs even more classic is the “Urban Decay” sign that’s right behind these hooligans (via Fox News):

A bystander can be seen ushering a group of individuals attacking one victim away, while the other altercation is broken up by a security officer, who repeatedly tells one of the individuals beating up the other victim to calm down.

A Miami Dade Police Department spokesperson confirmed to FOX News that officers responded to reports of a fight at the gate, adding that one person has been arrested for disorderly conduct.

Still, only one person was arrested for this mayhem. But the ‘urban decay’ sign is just the cherry on top. This is Joe Biden’s America. This is the Democrats in charge. Do nothing for urban unrest and looting. Do nothing to uphold law and order while leftist gangs take over the cities. This just feeds into that. And it could also be a fight over frequent flyer miles too.