When It Comes to COVID Lockdowns, Canadians Have Collapsed Under the Government Boot 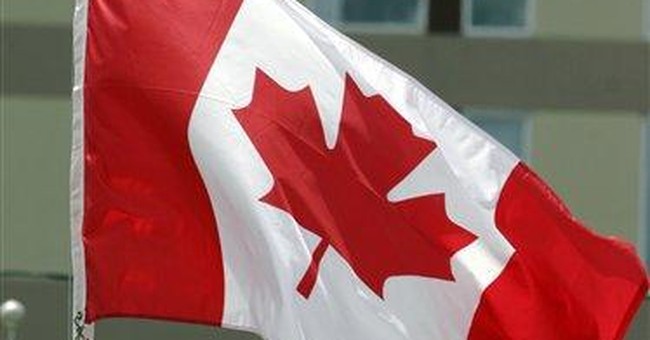 COVID has spiked in Ontario, Canada’s most populous province. Last Friday, the province’s premier, Doug Ford, pretty much declared a police state. No, it was already a police state. Ford said that what he was about to do was to enact the strictest measures in all of North America. He wasn’t lying. Playgrounds were shuttered. Police were given absurd powers to question anyone who was outside of their homes. This includes stopping people from moving vehicles. It also closed its borders. It’s something that Michigan Gov. Gretchen Whitmer wishes she could enact in her state: absolute power.

Well, luckily it only lasted a day. On Saturday, April 17, Ontario rescinded a good portion of these enhanced powers (via ABC News):

Ontario's premier retracted restrictions Saturday that banned playgrounds and allowed police to require anyone not at home to explain why they’re out after a backlash from police forces, health officials and the public.

The pandemic restrictions imposed by Canada’s most populous province immediately ran into opposition as police departments insisted they wouldn't use new powers to randomly stop pedestrians or motorists and health experts complained the rules focus on outdoor activities rather than more dangerous indoor settings.

Ontario Premier Doug Ford ’s government announced Friday it was giving police authority to require anyone not at home to explain why they’re out and provide their address. Tickets can be written.

But Ontario Solicitor General Sylvia Jones said Saturday officers will no longer have the right to stop any pedestrian or vehicle to ask why they are out or request their home address.

But Jones said police may require a person to provide information to ensure they are complying with restrictions if the officer has reason to suspect the person is participating in an organized public event or social gathering,

Earlier at least a dozen police forces throughout Ontario, including in the capital of Toronto, said there will be no random stops of people or cars.

On Saturday, Ford retracted an initially announced ban on playgrounds, but added that the ban on "gatherings outside will still be enforced,” Ford tweeted.

It’s "Escape from Canada." While Ontario might have backed away from its fascistic push on COVID lockdowns, the province is still under the boot of the government. Emma-Jo Morris, the deputy politics editor for the NY Post, just returned from Monreal, Canada, and described a nation broken by these protocols.

Just returned to the US from Canada and the difference in lifestyle between two western democratic and free countries is jarring. Canada is in a massive humanitarian crisis. 0 economic activity, curfews, & vaccine rationing. 1 of the happiest nations & the ppl have been broken.

People cannot even walk outside in peace. Cops heckling about mask wearing in open air, parks, etc. Breaking up couples laying on the grass. People putting prescriptions in their pockets to walk outside at night to have a “pharmacy” excuse when they are stopped.

Top specialized professions have 0 opportunity. People like engineers are holding on to jobs for dear life on a day by day basis. All people can do and are doing is basically sitting alone at home smoking government pot. It is a travesty.

To those asking, I was in MTL where I grew up. One of the most beautiful, dynamic, safest and cultured cities on earth. Now a husk of its former glory.

Canadians are currently at the US border, using lights as Morse code saying “SOS” with the flag turned upside down pic.twitter.com/MAHGQCQdpF

“Canada is in a massive humanitarian crisis. Zero economic activity, curfews, & vaccine rationing. One of the happiest nations and the people have been broken,” she wrote. Cops harass people about mask-wearing outside. Right now, “all people can do and are doing is basically sitting alone at home smoking government pot.” She said that the city is a “husk of its former glory.”

The science is clear that the household is the main source of COVID spread. In New York, which was a mecca for COVID, household spread accounted for nearly three-fourths of all new cases around the holidays. Gyms, hair salons, and restaurants were low-risk areas — and it appears this was always the case. Allowing people to be outside is key to beating this virus. Staying inside is what’s killing us. Texas reopened more than a month ago. There's no mask mandate and everything is at full capacity. There’s been no spike.

Now, Ontario’s less than stellar vaccine rollout could be a contributing factor, but the most important takeaway here is to watch what happens when the government is left unchecked and uses a pandemic to enhance the power of the state to ungodly limits.