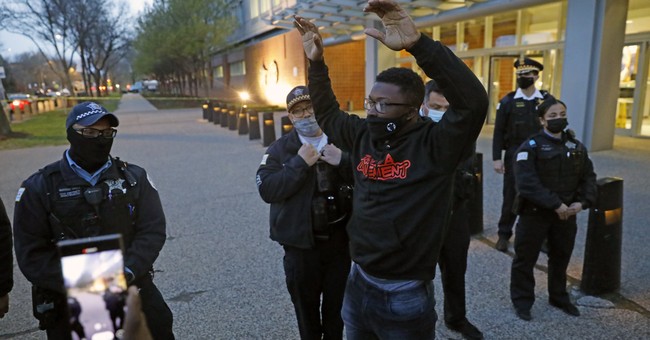 Adam Toledo was just 13 years old when he was shot and killed by Chicago Police last month. It occurred in the early morning hours of March 29, around 2:30 A.M. Toledo was with 21-year-old Ruben Roman and was allegedly involved in an incident involving gunfire. Hence, why the police responded. Toledo had a gun and was shot in the chest by Officer Eric Stillman. It has set off another wave of protests on the heels of the Derek Chauvin trial in Minnesota and the recent officer-involved shooting death of Daunte Wright, which was also in the Minneapolis area. Yet, what was a 13-year-old doing wandering the streets of Chicago at this time? That’s something that conservative commentator and radio host Dana Loesch asked during her segment with Sean Hannity this week.

Loesch made it clear this was a tragedy, and that Toledo’s life mattered, but the police aren’t to blame for acting in self-defense. It’s the folks who should have been taking care of him because apparently Toledo was possibly involved in gang activity prior to his tragic death (via Fox News):

Loesch argued the police officers involved should not be the ones criticized for acting in self-defense, but instead the party to blame is the adults responsible for looking after the teen.

"Adam Toledo’s life mattered enough that the people around him should not have allowed a 13-year-old child out into an alleyway in a city in the middle of the night with an armed 21-year-old who was a prohibited possessor," she said. "No one’s having that conversation. Lives matter and they matter enough to take care of them."

"So if everybody’s going to be going off on this cop, where are all the adults in Adam Toledo’s life right now?"

The radio host questioned what was going on behind the scenes in Toledo’s life to leave him at the mercy of gang activity.

Couldn’t agree more. The city of Chicago braces for unrest. Mayor Lori Lightfoot, to her credit, has urged for calm and patience as they analyze the evidence.