There Was Another Mass Shooting...But You'll Easily Figure Out Why There's Media Silence Over It 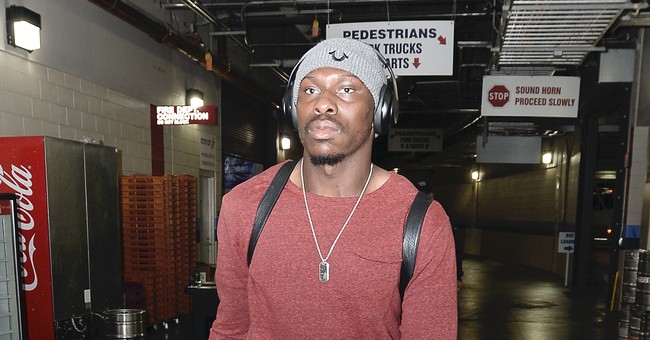 Could it be yet another act of violence liberal America ignores because it doesn’t fit their narrative? It’s trending somewhat on social media. Local news has it, as does ESPN. But will it get the wall-to-wall media blitz the Boulder shooting received or the latest incident at the Capitol? Probably not. There was a mass shooting this week. Former NFL cornerback Phillip Adams killed five people before committing suicide, but he doesn't fit the racial composition that gets liberals riled up (via Associated Press):

York County Sheriff Kevin Tolson told a news conference that investigators had not yet determined a motive in the mass shooting Wednesday.

“There’s nothing right now that makes sense to any of us,” Tolson told a news conference.

Dr. Robert Lesslie, 70, and his wife, Barbara, 69, were pronounced dead at the scene Wednesday along with grandchildren Adah Lesslie, 9, and Noah Lesslie, 5, the York County coroner’s office said.

A man who had been working at the Lesslie home, James Lewis, 38, from Gaston, was found shot to death outside, and a sixth person, who was not identified, was hospitalized with “serious gunshot wounds,” authorities said.

Tolson said evidence left at the scene of the shooting led them to Adams as a suspect. He said they went to Adams’ parents’ home, evacuated them and then tried to talk Adams out of the house. Eventually, they found him dead of a single gunshot wound to the head in a bedroom, he said.

Tolson said both a .45-caliber and 9mm weapon were used in Wednesday’s shooting.

This comes the same week Joe Biden announced his executive orders on gun control, which were officially announced Thursday.  I think this story will probably barely get any oxygen on the Big Three, CBS, NBC, or ABC. I am willing to stand corrected and hope I do. If not, well, it only serves as yet another example of the liberal media only reporting on the mass shootings that benefit their political agenda. That history has now become a multi-volume set.

A black NFL football player just committed a mass shooting. Why is Joe Biden and the media ignoring this? Who are they going to blame?

With Boulder and the Capitol Hill attack, both stories were dropped like a hot potato by the media for a very obvious reason. It didn’t fit their ‘evil white dude’ tale they love to nurture for their braindead masses.

In Washington, D.C., Noah Green crashed the barricades around the Capitol Building last week before being shot and killed by Capitol Police upon exiting his vehicle with a knife and lunging towards the officers. Liberal America automatically assumed it was a white dude. Nope. Green is black and a Nation of Islam follower. Within hours, this story was relegated to the dustbin. Boulder was even worse. The tragic mass shooting lost all of liberal America’s attention when the shooting suspect turned out to be a Syrian refugee, but again—they all thought it was a white guy. If the shooter is nonwhite, well, it’s met with a shoulder shrug.