Is This the Swan Song for the 'Impending Doom' Narrative on COVID? If Not, The Experts Lied About the Vaccines 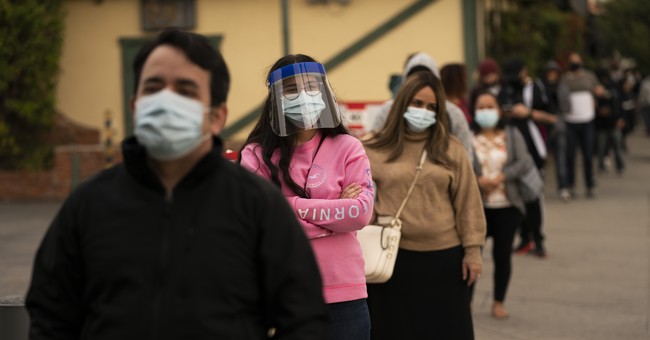 Can we stop with this fourth-wave nonsense? It’s not happening. Cases continue to drop, especially in the states dubbed death zones by the liberal media. Georgia is fine. Texas, which nixed their mask mandate three weeks ago has yet to see a spike. If there is, it’ll be because of the abject failure that is the Biden immigration policy that’s created a humanitarian crisis at the border. What about CPAC? The largest conservative activists meeting of the year was held in Florida. Have there been stacks of body bags piled from that event? Nope. And that was held in February. Are there new cases? Sure, but they’re mostly younger people, the hospitalization rates aren’t nearly as bad as they were last year, and we have 100+ million vaccines administered. Remember just one dose of Pfizer’s COVID vaccine renders you virtually bulletproof after four weeks based on studies from Israel’s health ministry. And you get two scheduled two weeks apart, the same goes for Moderna. It’s funny how this fourth-wave doom narrative is now being peddled every time the evidence shows more and more that’s we’ve near herd immunity.

First, here’s The Hill with the fourth wave antics:

A fourth wave of coronavirus infections is beginning to mount in states across the nation as health experts and officials beg pandemic-exhausted Americans to stay vigilant.

The United States has reported an average of 65,000 new cases in the last seven days, according to data from the Centers for Disease Control and Prevention (CDC), up about 10,000 cases per day since the most recent nadir two weeks ago.

Those figures are well below the January apex of the third wave of infections, when a quarter-million people a day were testing positive for the virus.

But while millions of Americans are receiving vaccinations, progress toward herd immunity has not kept pace with the new spike. Cases are rising in about half the states, led by big spikes in New York and especially New York City, Michigan, New Jersey, Connecticut and Pennsylvania.

“Our work is far from over. The war against COVID-19 is far from won. This is deadly serious,” President Biden said Monday at the White House, hours after CDC Director Rochelle Walensky pleaded for the public to keep up mitigation strategies. “If we let our guard down now, we could see a virus getting worse, not better.”

So, it’s a blue state issue. It’s an issue still plaguing lockdown states, who still think that staying inside prevents spread when it’s the main source of it. Yet, that's not the real issue. Of all places, it was NBC News that delivered the first katana strike to the “impending doom” hysteria the CDC was doling out post-Spring Break (via NBC News):

People under 60 are accounting for the majority of new Covid-19 cases across the country — likely a testament to the success of the vaccines that have been administered to primarily older, more vulnerable Americans.

The number of cases is rising again following a steep decline and then plateauing for several weeks. During a White House Covid-19 briefing Monday, Centers for Disease Control and Prevention director Dr. Rochelle Walensky said the rise in cases — an average increase of 10 percent from the previous week — gave her a sense of "impending doom."

But doctors say that patients seeking care this time around are younger and, notably, not as sick.

In New York, where cases are rising, some Covid-19 patients still require hospitalization, but the numbers of such patients are nowhere near the "astronomical" levels from a year ago, said Dr. Frederick Davis, an associate chair of emergency medicine at Northwell Health's Long Island Jewish Hospital.

"The cases we are seeing are the younger groups that probably aren't eligible for vaccines just yet," Davis said.

More than 73 percent of people over age 65 has received at least one dose of the Covid-19 vaccine, and nearly half are fully vaccinated. Monday, the CDC reported that the Pfizer-BioNTech and Moderna vaccines are 90 percent effective against Covid-19 in the real world.

COVID has a survivability rate of 90+ percent. The demographic even more likely to survive it makes up most of the cases, they’re mild cases, and they don’t need hospitalization. I’m failing to find the cause for panic. On top of that, what this really says is that more people who will acquire natural immunity from the virus and those who are vulnerable have done very well getting vaccinated for it. Two words: herd immunity. It’s coming soon to a theater near you, but Dr. Anthony Fauci and the mask fetishists want to continue to feed us panic probably to buy time so they can implement the second phase of oppression: the COVID passport.

We’re done, fellas. This circus is over. The narratives cannot be sustained anymore. We’re either all going to die or the vaccines work. It cannot be both.

We’ve gone from “impending doom” to vaccines are working to new COVID cases are centered on younger people with mild symptoms that require no hospitalization to…the fourth wave is just killing us. Which is it? The narrative makes no sense because this charade is over.

There is no fourth wave.