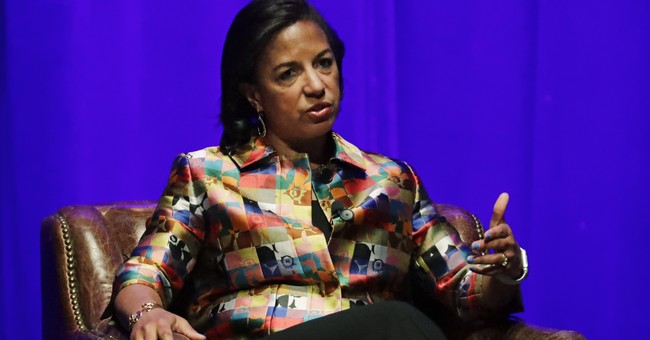 The most corrupt people just have a knack for surviving. Like a virus, it mutates, and they live forever while never having to face the consequences of their past actions. It’s just another day in the swamp that is Washington DC, the parasitic lifeform that’s killing this country with every passing day. Take Susan Rice, Obama’s former national security adviser, who has a new task to perform with the Biden administration: being the starting quarterback for its national vote-by-mail effort. The Washington Free Beacon has more:

Biden signed an executive order in March that put Rice, now the assistant to the president for domestic policy, in charge of soliciting strategies from federal agencies to produce "relevant information" on expanded voting registration procedures. Federal agencies must submit to Rice "a strategic plan outlining the ways identified under this review that the agency can promote voter registration and voter participation" within 200 days under the terms of the order.

"Agencies shall consider ways to expand citizens' opportunities to register to vote and to obtain information about, and participate in, the electoral process," the order states. "The head of each agency shall evaluate ways in which the agency can, as appropriate and consistent with applicable law, promote voter registration and voter participation."

It requires agencies to distribute registration and vote-by-mail ballot application forms, as well as to assist any applicants in completing the forms. It also pushes agencies to allow "approved, nonpartisan third-party organizations and State officials to provide voter registration services on agency premises."

We all know the fraud concerns from vote-by-mail. The Democrat’s blasé attitude towards voter verification concerning signatures. And now they want to nationalize this effort through this massive overhaul of our election system that places the federal government in the driver’s seat. It’s horrifying, but that’s how liberals govern. They want all the control, hence this crazy COVID passport idea that tracks who has been vaccinated. This system appears to bar anyone from returning to normal life without carrying this document, which is Soviet-esque to the nth degree. And it’s fitting that a professional liar like Rice is in charge of this effort to further delegitimize our election system. She lied to the country when she said Benghazi terrorist attack was due to a YouTube video. She lied when she said there was no unmasking of Trump officials who were caught on recordings conducted by our intelligence services.

There’s a reason why she was called the “typhoid Mary” of the Obama administration. When something went very wrong, she was usually involved. Susan Rice? The issue of credibility doesn't get much worse, huh?