Sorry, Anti-Trump GOP, Trump was Good for the Republican Party 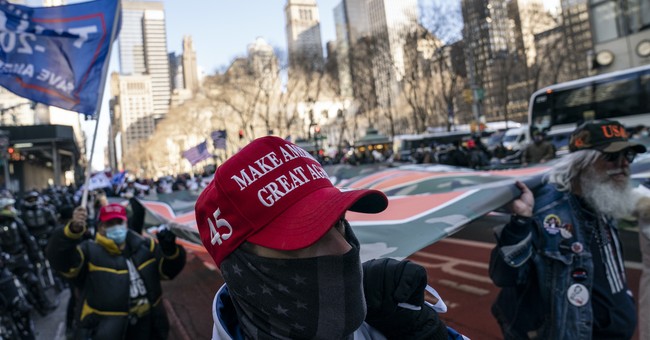 Donald Trump was good for the Republican Party. This is now a bipartisan opinion. And no, the Democratic opinion on this is not facetious at all or carries any hints that he was only good because Joe Biden won in 2020.

In fact, David Shor, a former 2012 Obama campaign veteran who now does data science for OpenLabs, was quite adamant that Democrats could blow this whole thing — and that Republicans could have an institutional grip at the federal level for years if Democrats don’t get their act together. We wrote about how the emerging injection of white liberals is coming into conflict with the traditional nonwhite voter blocs of the Democratic base, which has, in turn, driven these voters away from the party. That could continue and leave a mess for Democrats.

Nonwhites are not ideologically driven as progressive whites, and they also give donations at disproportionate rates. The latter group is quickly helming the agenda and its action items, which could cause a big rift, especially when both groups have voted Democratic in the 70+ percent margins for years. Yet, Shor also touched upon the GOP in this lengthy and nuanced interview with New York Magazine about the 2020 election. And while this will probably be glossed over by the liberal media and the woke Left, he goes into detail about why Trump was good for the GOP.

If we’re playing diversity bingo here, Trump wins hands down. The Trump base is more diverse than Mitt Romney’s, with the former president earning a higher share of the nonwhite vote than any GOP candidate in years. Shor noted that "defund the police" really didn’t resonate with the folks the liberal media thought were totally for it. Up until 2020, only whites could be viewed as a racial group in which voting preferences could be gauged on ideological lines. White progressives forced nonwhites to vote in this manner, though for years they had not done so at the ballot box. This caused Democrats to bleed voters, especially Hispanic voters across the country.

Second, we live in a country where winning elections is often rewarded by having a geographically diverse coalition. The Trump coalition is exactly that. Yes, Shor goes into the typical lines about the Electoral College bias that liberals often complain about, but he adds that Trump’s voter base is distributed throughout the country in very efficient numbers, making him and his brand of politics hard to beat (via NY Mag):

…in this country, between 2012 and 2016, the Electoral College bias changed from being one percent biased toward Democrats to 3 percent biased toward Republicans, mainly because of education polarization. So Donald Trump is unpopular. And he does pay a penalty for that relative to a generic Republican. But the voters he’s popular with happen to be extremely efficiently distributed in political-geography terms.

Imagine Hillary Clinton had run against Marco Rubio in 2016. Rubio is a less toxic figure to the public as a whole, so let’s say he performed as a generic Republican would have been expected to, and Hillary Clinton’s share of the two-party vote fell to 49.6 percent. If she had maintained Obama’s coalition — if her 49.6 percent had the same ratio of college-to-non-college-educated voters as Obama had in 2012 — she would have won that election. And then, if you look at the implications that would have had down-ballot, especially in the Senate, Republicans would have been a lot worse off with a narrow majority coalition — that had a Romney-esque split between college and non-college voters — than they were with the Trump coalition.

So I think the Trump era has been very good for the Republican Party, even if they now, momentarily, have to accept this very, very, very thin Democratic trifecta. Because if these coalition changes are durable, the GOP has very rosy long-term prospects for dominating America’s federal institutions.

The question is: Can they get all of the good parts of Trumpism without the bad parts? And I don’t know the answer to that question. But when I look at the 2020 election, I see that we ran against the most unpopular Republican ever to run for president — and we ran literally the most popular figure in our party whose last name is not Obama — and we only narrowly won the Electoral College. If Biden had done 0.3 percent worse, then Donald Trump would have won reelection with just 48 percent of the two-party vote. We can’t control what Trump or Republicans do. But we can add states, we can ban partisan redistricting, and we can elevate issues that appeal to both college-educated liberals and a lot of working-class “conservatives.” If we don’t, things could get very bleak, very fast.

Yeah, we know why Democrats want to add states. This is why — it’s been known for years. It’s also why they push for stuff like minimum wage hikes because, for better or worse, they’re popular with voters, even Republicans.

In 2006, Missouri Sen. Jim Talent was picked off by Claire McCaskill, possibly over the politics surrounding the minimum wage, which was increased by a state ballot initiative that year…with 75 percent of the vote. The good news is that we’re not making Puerto Rico or Washington, DC, states. Redistricting reform isn’t going to happen. And Democrats failed to make any meaningful inroads with state legislatures in 2020, partially because Trump buoyed candidates in these down-ticket races.

For the next 10 years, Republicans will be in the driver’s seat for drawing congressional maps for a healthy amount of House districts. The only saving grace is messaging control, which Shor went into as well. There’s zero room for error, and if we know anything about the progressive Left, the Democratic establishment, and how things turn out when blows are exchanged — it can be messy. This dynamic, coupled with the hordes of white liberals flooding into the Democratic Party and forcing it to take positions that are not popular with its traditional voter groups, seems primed for disaster as the 2022 midterms loom:

…we have no margin for error. If we conduct ourselves the way we did after 2008, we’re definitely going to lose. And due to the way that our electoral system works, we really could be locked out of power for a very long time, just like we were after 2010. So that means the need for messaging discipline is stronger than ever. But keeping the national conversation focused around popular economic issues probably won’t be enough. Since the maps in the House of Representatives are so biased against us, if we don’t pass a redistricting reform, our chance of keeping the House is very low. And then the Senate is even more biased against us than the House.

Shor goes onto again to say that we need to add states, but also added that if Biden’s approval rating dips below 50 percent by the end of the year, “we’re probably f***ed.”

There’s a lot to unpack here, but for the anti-Trump, Eeyore Republican types who still think Trump was toxic to the party — think again. He brought millions into the fold. His coalition is engaged, passionate, and geographically diverse. Trumpism is here to stay. The populist surge will continue as long as Congress fails to do its job. The sooner the remaining pockets of anti-Trump resistance get that, the sooner we can move on from the petty squabbles about Trump, the GOP, and the future.

There was a fight over the former president. It ended as soon as he got the delegates to clinch the 2016 nomination. And we have “rosy” prospects about a durable coalition that will dominate DC. I think what some people miss is that we were merely 90,000 votes away from controlling everything in 2020.

Now, the Trump base is a double-edged sword. Around 30 percent voted for Democrats in 2018. And marginal shifts can sink the boat. Shor alluded to this in the paragraphs above.

“If Biden had done 0.3 percent worse, then Donald Trump would have won reelection.” And how much did Democrats gain with non-college whites in 2020? “Somewhere between half a percent to one percent,” he added.

Yes, I get the massive influx of college-educated whites at the tune of seven percent was also significant, but these folks mostly live in heavily-Democratic areas already, whereas the working class who broke for Biden in the Rust Belt probably had more of an impact when it came to reaching the magic number of 270.