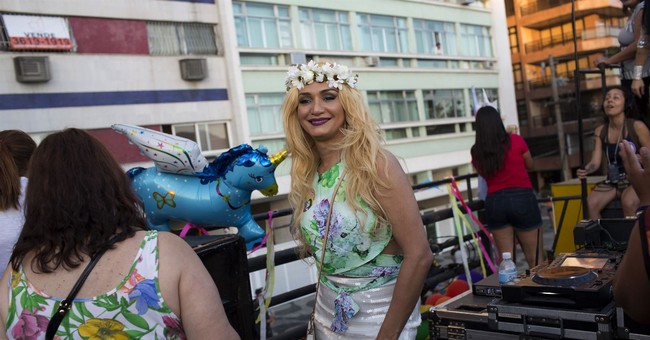 The culture wars are about to heat up over transgender rights. Alabama Senate passed a bill which pretty much puts the kibosh on gender reassignment surgeries, hormone therapies, or puberty blockers for those under the age of 19. The fines for violating this law are severe, carrying up to a decade in jail or a $15,000 fine (via CBS News):

Under a new law, transgender youth in Alabama could not be treated with puberty-blockers, hormone therapy or surgery. The state Senate voted to make the treatment a felony on Tuesday.

Senators voted 23-4 to approve the measure, dubbed the Vulnerable Child Compassion and Protection Act, sponsored by Republican Senator Shay Shelnutt. The bill now heads to the state House of Representatives, which has already approved a companion bill.

The two bills would make it a felony for medical professionals to treat transgender minors under the age of 19 with gender-affirming care. Violators could face up to 10 years in prison or a $15,000 fine.

While similar measures have been considered across the country, Alabama would be the first state to pass such a bill.

This will surely bring the worst from the liberal media. The politics of this is bound to produce some insane hot takes from the usual suspects in the cable news networks. The condescension and denigration of those from the state of Alabama will also follow. Any place that isn’t New York, LA, or part of the coastal elite is mocked by these people, which feeds into the snobbery that’s so often seen in today’s media coverage. There can be a debate here, but it’s going to be nuked by the woke Left’s tantrum over this proposed law. Maybe it won’t happen, but don’t bet the mortgage. Dr. Seuss is not canceled after a pseudo-intellectual analysis of his works showed he supports white supremacy or something. Green Eggs and Ham is now white nationalistic propaganda.