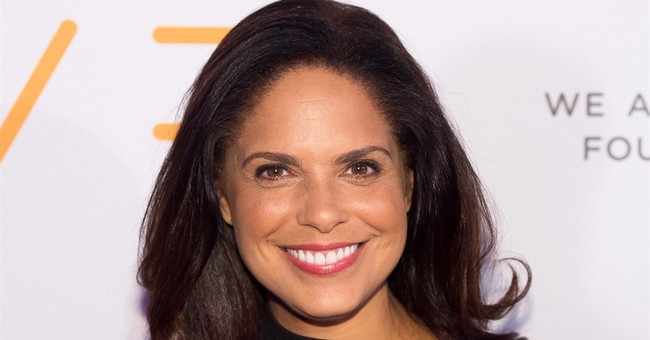 I’ve said this ad nauseum, but yes, even a broken clock is right twice a day. It may come from people who totally shock you. Rep. Alexandria Ocasio-Cortez (D-NY) was right to rail against the trading apps that prevented folks from buying more shares of GameStop which would have screwed over those poor billionaire hedge funds…that just can’t catch a break. Rep. Ilhan Omar (D-MN) was right to call for a separate bill offering $2,000 COVID relief checks since that’s become a sticky issue on the Hill. This is politics. Sometimes strange alliances and agreements occur with the oddest of couples.

In media, the latest to get on this list is Soledad O’Brien, a former CNN host, who called out the cream of the crop in liberal media, namely Lawrence O’Donnell and Rachel Maddow for peddling Russian collusion nonsense. Granted, she did go after everyone, but good on her for calling out one of the most egregious media foul-ups in recent memory. She delivered this torching during her remarks in front of the Subcommittee on Communications and Technology of the Committee on Energy and Commerce. They had a hearing on extremism and disinformation this week (via Mediaite):

She labeled the new dependence on TV reporting as a problem, adding that it failed to report on stories and policies that actually affect everyday people.

“Instead, it became a place where facts go to die,” she said. “TV, cable news in particular, relies on the cheap and easy booking of talking heads who exchange colorful barbs, entertaining outbursts, and sometimes peddle outright fiction.”

O’Brien faulted the major networks for filling their airtime with edited packages and interviews as opposed to breaking news and live reporting.

She shared her testimony in a tweet prior to the hearing, during which she called out MSNBC anchors Rachel Maddow and Lawrence O’Donnell for pushing Russian conspiracy theories.

“Conventional reporters and anchors, the so-called professionals, started to behave like conspiracy theorists and entertainers,” she wrote. “Rachel Maddow of MSNBC speculated that former Secretary of State Rex Tillerson might be a crony of Russian President Vladimir Putin, as Lawrence O’Donnell advanced the conspiracy that Russia orchestrated a chemical attack in Syria to help Trump.”

The Subcommittee on Communications and Technology of the Committee on Energy and Commerce @EnergyCommerce will hold a hearing "Fanning the Flames: Disinformation and Extremism in the Media” on Wednesday at 12:30 pm.

I will be appearing as a witness. https://t.co/Gh7CkqiyW1

Maddow has been one of the worst, but there are others. The Steele Dossier, which was exposed as a Democrat-funded opposition research project, might be the best example of how this whole Russian collusion narrative went off the rails. It was financed by the Clinton campaign. It contained Russian disinformation. It was never verified by the FBI when they obtained a copy. The media ran with it as fact It was used to secure spy warrants on American citizens. And all of this from a shoddy piece of campaign opposition research. There was no vetting because the anti-Trump clowns in media and at the FBI wanted it to be true. Even The Washington Post had to deliver a smackdown of Maddow for her Steele Dossier love affair.

The list goes on with this largely media-manufactured lie regarding Russia, Trump, and the Steele dossier. CNN, New York Magazine, Newsweek, Mother Jones, and some folks from the now-defunct Lincoln Project. They all took the dive over the cliff only to end up obliterated on impact below since the truth is quite dense and isn’t easily shattered.