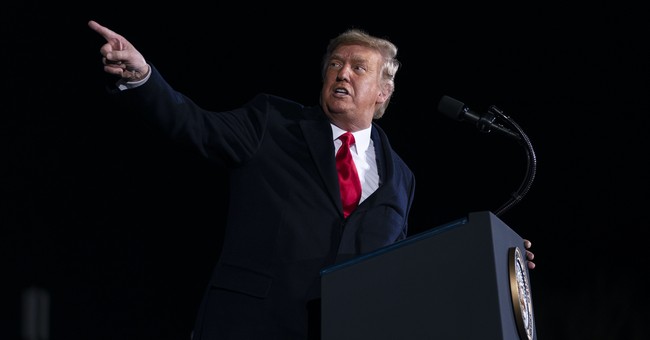 Yeah, these two guys hate each other. Sen. Mitch McConnell (R-KY) was reportedly not unhappy with the Democrats’ second impeachment push, saying he didn’t see it as politically motivated as the previous attempt and wanted to purge Trumpism from the GOP. If he wanted to do that, he would have voted for conviction. He didn’t. We’re now done with the second impeachment of Donald Trump where the now-ex-president was accused of inciting an insurrection. It occurred on January 6, the day that Trump addressed the Save America rally and when Congress was certifying the 2020 election results.

With Trump acquitted again, it’s days like today where we’re reminded of the tragedy regarding his permanent ban from Twitter. Imagine the greater impact this statement would have carried and the fireworks that would have ensued. The former president went on the warpath and trashed McConnell as a “dour, sullen, and unsmiling political hack” who would not have won his re-election effort if it weren’t for his endorsement.

Donald Trump just put out a very long statement through his "Save America PAC" attacking @LeaderMcConnell.

The lede: "The Republican Party can never again be respected or strong with political 'leaders' like Sen. Mitch McConnell at its helm." pic.twitter.com/NXIsHnJxzB

President Trump is back.

And he’s had it with Mitch. @LeaderMcConnell pic.twitter.com/FLPFP4we7a

“He went from one point down to 20 points up, and won. How quickly he forgets.” Without my endorsement, McConnell would have lost, and lost badly,” Trump added. He states that this move was a major source of regret.

“The Republican Party can never again be respected or strong with political ‘leaders’ like Sen. Mitch McConnell at its helm.”

Trump then goes onto how he nabbed the most votes of a sitting president in history, no Republican House members lost their seats, and the GOP clinched the vast majority of the state legislatures. Trump isn’t toxic to the GOP brand. In fact, this statement was issued to slap McConnell and make sure that everyone in the GOP on the Hill is reminded that he is the party. He’s our leader. A solid chunk of the GOP—50 percent—wants Trump to be a determining force in the future of the Republican Party. That number is bolstered by GOP women. They want to keep Trump around. Trumpism is here to stay. Number 45 has put everyone on notice. He’s not going anywhere.