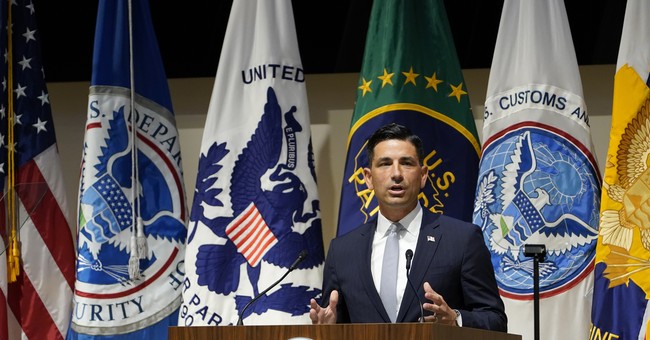 Chad Wolf is looking for greener pastures, submitting his formal letter of resignation in the wake of the Capitol Building riot. Pro-Trump supporters stormed the building, broke inside, and assault police officers. Five people died. It came on the day of the Save America rally, which President Trump addressed, and the congressional certification of the 2020 Electoral College results. It’s rehashed an impeachment push by congressional Democrats, as many see the president as being at fault for instigating the mayhem. Secretary of Transportation Elaine Chao and Secretary of Education Betsy DeVos have also resigned in the aftermath of this event. Wolf had called on Trump to denounce the people who stormed Capitol Hill.

… "Effective at 11:59 p.m. today, I am stepping down as your Acting Secretary. I am saddened to take this step, as it was my intention to serve the Department until the end of this Administration," he said in a letter to colleagues.

"Unfortunately, this action is warranted by recent events, including the ongoing and meritless court rulings regarding the validity of my authority as Acting Secretary," he said, apparently referencing a federal judge ruling that invalidated a suspension of the Obama-era Deferred Action for Childhood Arrivals program on the basis that Wolf has not been serving his position lawfully.